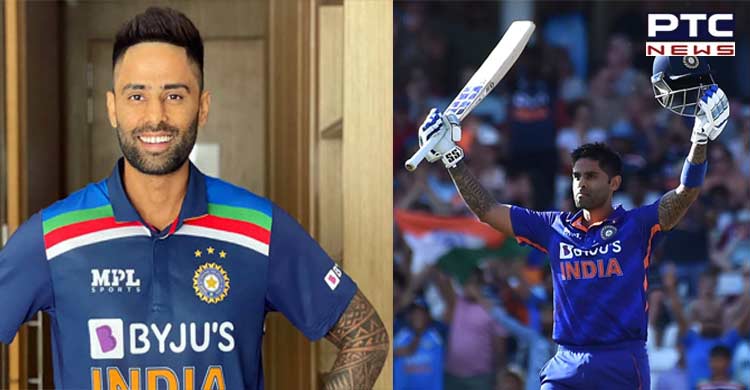 Nottingham (UK), July 11: Suryakumar Yadav on Sunday became the fifth Indian batter to hit a century in the T20I.

In the third T20I against England at Trent Bridge, Nottingham, the right-handed batsman achieved a triple-digit score. His spectacular innings, which included 14 boundaries and 6 sixes, totalled 117 (55).

As noted previously, Suryakumar is only the fifth Indian batter to strike a century in the shortest format, joining India skipper Rohit Sharma (4), KL Rahul (2), Suresh Raina (1), and Hooda (1).

After KL Rahul (twice) and Rohit Sharma, the right-handed batter became the third Indian batsman to get a century while chasing a target in T20 Internationals.

Talking about the match, Suryakumar's magnificent century was in vain as India lost by 17 runs against England in the third and final T20I of the series.

For India, the inning was a letdown. Indian squad lost their top order within a very short time.

Suryakumar Yadav (117*) and Shreyas Iyer (28) put on a stunning 119-run partnership, giving India a chance in the contest. However, the English team turned the game in their favour by taking wickets at crucial stages, preventing the Men in Blue from scoring a clean sweep. The series was won by India 2-1.