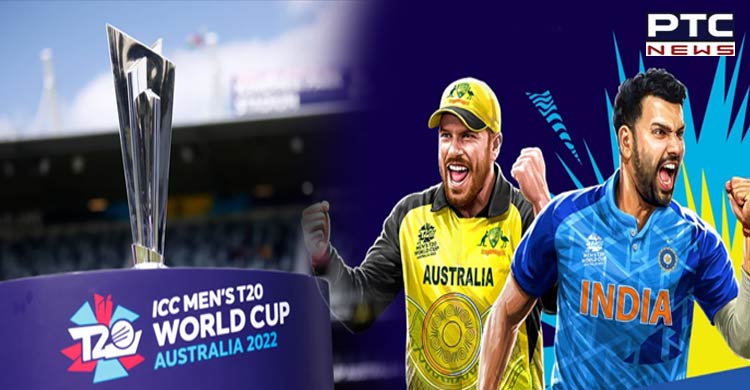 The Rohit Sharma-led Team India have already played two practice matches against Western Australia. While they won the first game, the second match ended in a defeat at the WACA in Perth. On the other hand, hosts Australia played three-match T20I series against England in their dress rehearsal. England clinched the series 2-0 after the third and final match in Canberra was washed out due to rain.

Speaking at the time of the toss, Aaron Finch said, "We will bowl, looks like a pretty good pitch and we'd like to chase. We have played a little more cricket in the lead-up to this tournament, we weren't at our best against England, lost a few more wickets early. David Warner, Matthew Wade, Josh Hazlewood and Adam Zmapa sit out of today's game."

At the time of the toss India skipper Rohit Sharma said, "Just wanted to try out things, we don't mind batting first and setting a target. We came here early and had a preparatory camp in Perth. These two games will allow us to get into the groove, we want to try out certain things in the two games we have here. I know which bowlers will play in my mind, but it's important to give them confidence. Few of them are on their first tour of Australia, a fantastic place to play cricket and enjoy while learning the conditions. It's a privilege, my first time as Indian captain in an ICC tournament and I'll look to enjoy this."

India have named all fifteen players in the squad on the team sheet, so it's likely everyone may get a chance.