The Undertaker challenges Akshay Kumar for a match, actor says, "Let me check on my insurance" 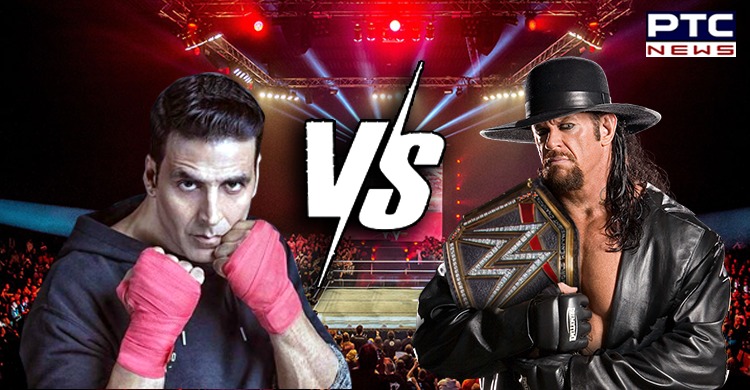 WWE star The Undertaker has responded to the meme and challenged Akshay Kumar for a rematch. 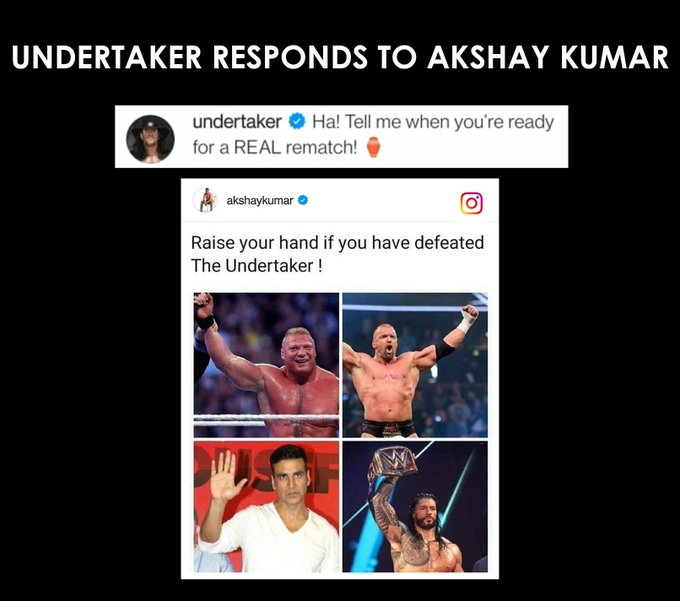 It may be recalled that Akshay Kumar had reposted a meme on The Undertaker on his social media handles. It was about how Akshay was among the few who managed to beat the WWE star. 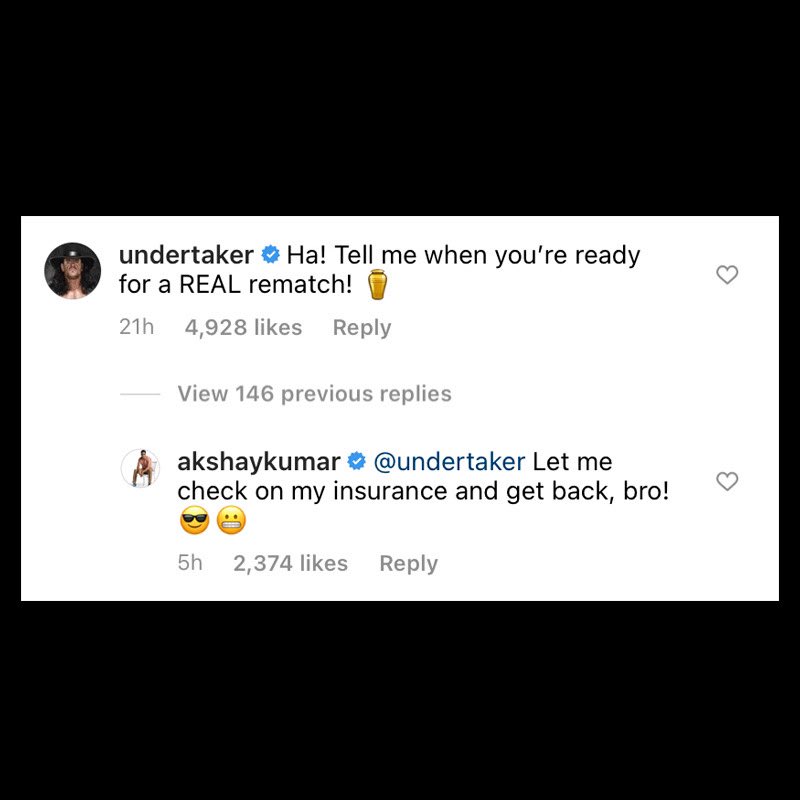 He had captioned: "A hilarious note to mark 25 years to the release of Khiladiyon Ka Khiladi tomorrow! A fun fact though: it was wrestler Brian Lee who played The Undertaker in the film 😊"

Interestingly, the former WWE star commented on Akshay’s post on Instagram and challenged the actor for a "real rematch".

"Ha! Tell me when you’re ready for a REAL rematch," The Undertaker commented.

Akshay was quick to react as he replied: "Let me check on my insurance and get back, bro!"

Likewise, WWE India tweeted: "The REAL Undertaker vs Akshay Kumar? Yes, please! The Undertaker, whose real name is Mark Calaway, is one of the longest-serving WWE superstars. He had made his WWE debut in November 1990 and finally retired at Survivor Series in 2020 after enthralling the WWE Universe for almost 30 years.

Undertaker, whose real name is Mark Calaway, is one of the longest-serving WWE superstars. He made his WWE debut in November 1990 and finally retired in 2020.