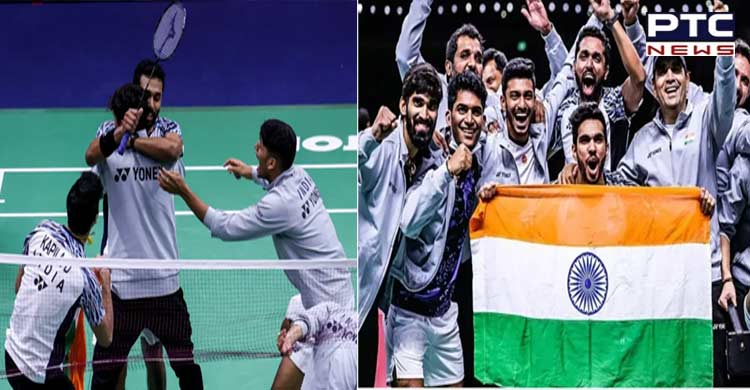 Bangkok, May 15: Indian badminton team creates history on Sunday as they lifted the Thomas Cup trophy for the very first time.

In what was India's first-ever appearance in the tournament finale, they defeated the record 14-time champions Indonesia in the Thomas Cup 2022 final at the Impact Arena in Bangkok, Thailand by 3-0 to lift the coveted trophy. No Indian team has previously reached the final of the Thomas and Uber Cup in its 70-plus year history. Indian men reached the Thomas Cup semi-finals in 1952, 1955 and 1979 while the women's team made it to the Uber Cup top-four in 2014 and 2016. 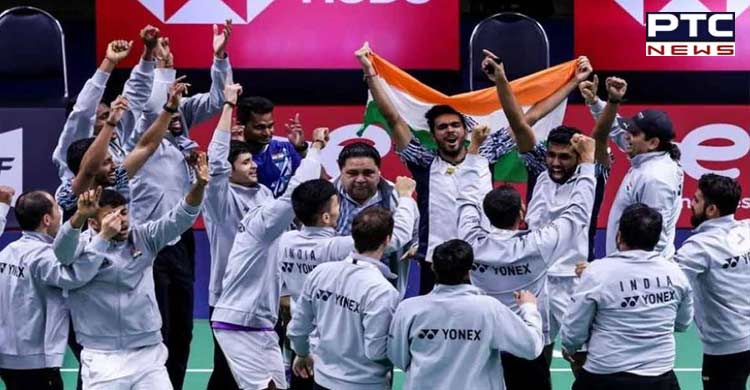 India finished second in Group C behind Chinese Taipei to qualify for the knockout stage, where they came up on top against strong Malaysian and Danish teams in the quarter-finals and semifinals, respectively.

Ginting looked fast, accurate and extremely dangerous in the opening stage, enjoying a twelve-point run, to claim the opening game 21-8 in just 17 minutes. But Lakshya Sen responded brilliantly in the second game to take the match to the decider, by winning it 21-17. 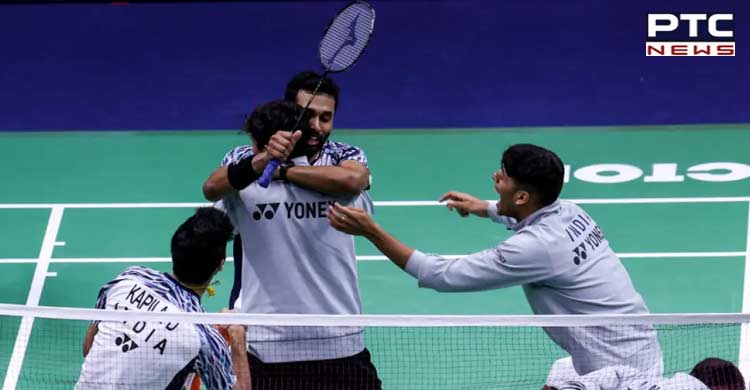 Sen completed the comeback by winning the match 8-21, 21-17, 21-16.
In the second match of the tie, the Indonesian scratch pairing of Mohammad Ahsan and Kevin Sanjaya Sukamuljo got off to the right start after winning their opening match 21-18.

Satwiksairaj Rankireddy and Chirag Shetty then survived four match points to come back and snatch the win in the second game, 23-21. Indians won the deciding game to clinch the match 18-21, 23-21, 21-19.

In the third match of the tie, India's Kidambi Srikanth took the opening game against Indonesia's Jonatan Christie 21-15 and clinched the match and final by winning the second game 23-21. 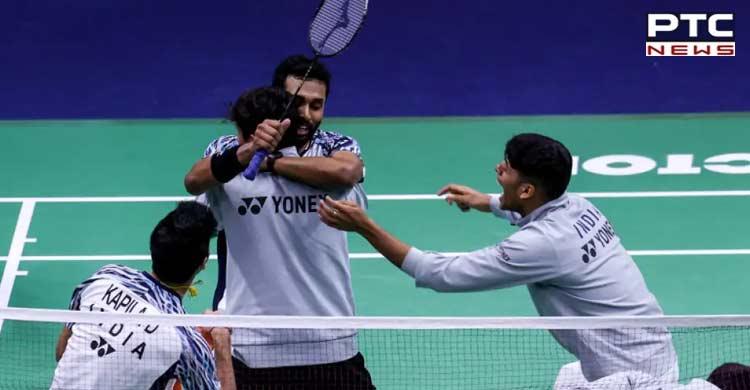 The Indian team, featuring Lakshya Sen, Kidambi Srikanth, HS Prannoy, doubles pair Satwiksairaj Rankireddy-Chirag Shetty and others, have given a good account of themselves at this year's tournament.