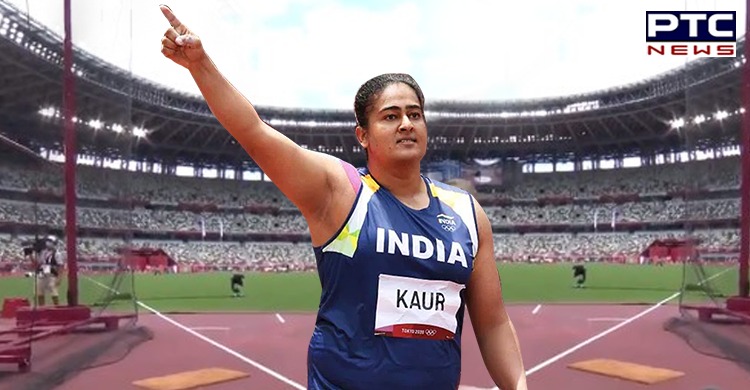 In a major setback, discus thrower Kamalpreet Kaur, who belongs to Muktsar district in Punjab, on Monday failed to bring a medal for India in the Tokyo Olympics 2020. Kamalpreet Kaur could not secure position in the top three.

United States' Valarie Allman secured the first position and bagged a gold with a throw of 68.78 metre. In her second last exceptional throw, Germany's Pudenz bagged silver with a throw of 66.86 metre, followed by Cuba's Pervez (65.72 metre) bringing in bronze for her country.

However, discus thrower Kamalpreet Kaur finished a creditable sixth in her first Olympics with a best throw of 63.70m in a rain-interrupted final.

The 25-year-old Punjab girl, who qualified for the final as the second best on Saturday, was never in the running for a medal in the eight rounds of competition, which was interrupted by rain for more than an hour.

Kamalpreet Kaur had a third round throw of 63.70m to end at sixth. A farmer’s daughter at Punjab’s Kabarwala village, Kamalpreet Kaur had raised hopes of India’s elusive athletics medal after finishing second in the qualification round on Saturday with a best throw of 64m. Kamalpreet Kaur’s father Kuldeep Singh said it was her first participation in Olympics. “She will continue practice in future. She performed well, played till last round. She was nervous, could not sleep whole night. Due to rain there, she could not give her best today. My daughter will work hard now. I am thankful to God for taking her to this level,” he said.

He said she should keep patience and prepare for future major events.