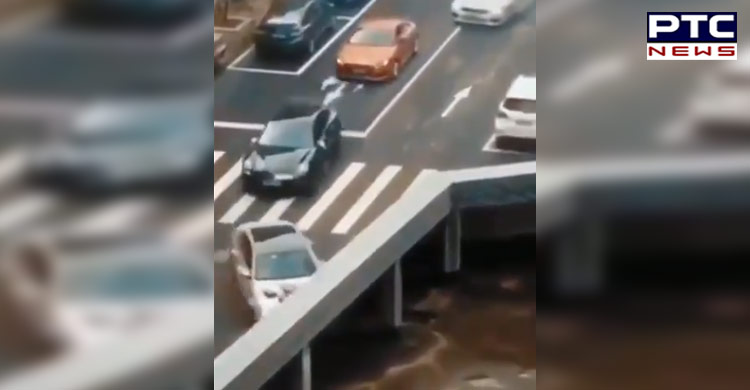 An optical illusion video is going viral on citizens leaving people scratch their head on where the traffic is disappearing. The video shows cars on a bridge disappearing as they drive towards the river. The video was first tweeted by a user namely Daniel which shows traffic disappearing as it goes off the bridge.

Have a look at the video, and damn sure you are going to scratch your head.

Well, this video is definitely making you scratch your head. Also, the video is garnering a lot of jokes that the bridge similar to the Bermuda Triangle. Also, the bridge reminds of the pillar that leads to the Hogwarts through platform 9 and three quarters in Harry Potter's magical world. Meanwhile, some of them are those who assumed the traffic making its way to another dimension.

However, some of the people figured out was actually is happening. A user explained that the bridge is not actually as a bridge but a regular road. The river was just a roof of a parking lot that care was driving into.

While other user said and I quote, "Video shot from the 2nd floor and the building we are seeing is of two floors i.e., ground and first, the floor is the roof and there is underpass on the ground floor of that building."