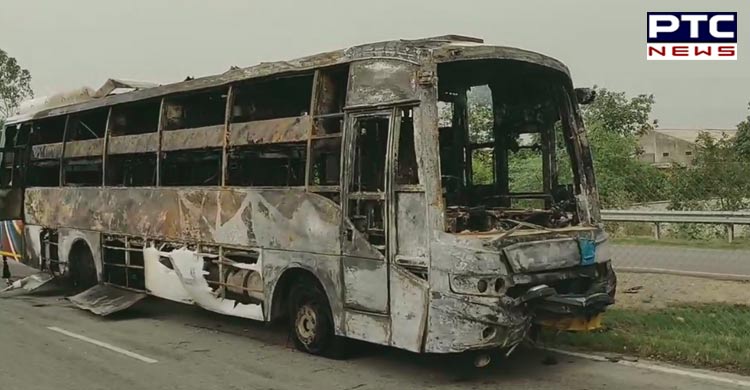 Two people died and 19 others reportedly injured after the double-decker bus overturned and caught fire near Sawla village in Kurukshetra district, here on Saturday. Among the two people died, one of them has been identified as an elderly woman. The accident took place at around 4 AM while the driver lost control of the vehicle and it hit the divider and overturned.

The bus was coming from Delhi en route Jammu. Meanwhile, the injured have been rushed to the LNJP hospital and the identification of the people injured and dead is yet to be ascertained.

Furthermore, out of the 19 injured people, two of the people referred to the Government Medical College and Hospital, Sector 32, Chandigarh. However, the other injured have been discharged after giving the treatment. The road accidents these days are increasing day by day.  Recently, there were many incidents of the bus falling into a deep gorge and killing many.