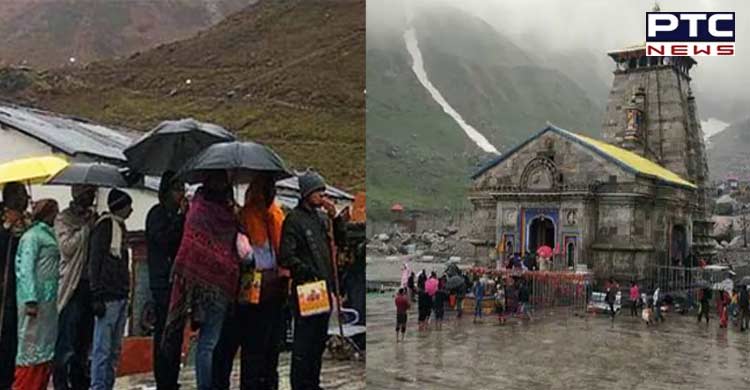 Uttarakhand, July 9: Rudraprayag district administration on Saturday announced that Kedarnath Yatra has been suspended in view of heavy rains from Sonprayag onwards.

The decision has been taken considering the safety of the devotees amid fears of an untoward incident, the authorities said on Saturday.

Earlier, a massive landslide near Sirobagad in Pauri triggered by the heavy rainfall led to traffic blockage, disrupting the Badrinath and Kedarnath Yatra. The devotees had to face tremendous inconvenience due to the traffic.

Since last Wednesday, more than a dozen people have been injured by rocks that have fallen on the various Char Dham paths as a result of continuous rain.

"Indian Air Force has pressed its transport and helicopter assets into service for rescue and relief operations at Amarnath. Mi-17V5 helicopters have inducted NDRF and civil administration personnel at Panchtarni and rescued 21 survivors. The helicopters have also brought back six mortal remains. Further operations by IAF Mi-17V5 and Cheetal helicopters are in progress. Aircraft are on standby at all major air bases in Jammu, Kashmir and Ladakh areas," IAF said.