WhatsApp outage sparks meme fest on Twitter; check out some of most funny 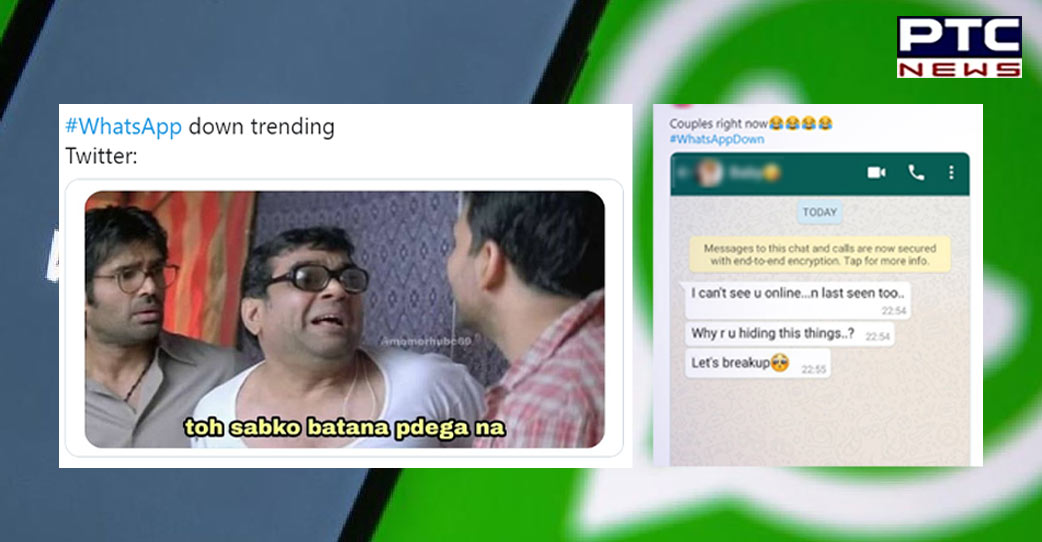 "We're aware that some people are currently having trouble sending messages and we're working to restore @WhatsApp for everyone as quickly as possible." - a Meta Company Spokesperson said. However, within no time, netizens took to Twitter to share memes and confirm if WhatsApp is actually not working.

Checkout some of hilarious memes

People Coming to Twitter to see if WhatsApp is down#WhatsappDown pic.twitter.com/eGi25KiQhU

When your WhatsApp is playing up but you come to Twitter and see that everyone else is having the same problem #WhatsAppDown pic.twitter.com/pMcJm0Zn56

Mark Zuckerberg trying to figure out why WhatsApp is down#whatsappdown pic.twitter.com/Xm9SoGAyXS

After confirming from Twitter that it’s not just my WhatsApp that is down…#whatsappdown pic.twitter.com/mykSa14pY4

Meanwhile, after over two hours, WhatsApp was partially restored across India and Android and iOS users were able to send and receive messages on the instant communication app.

Affected regions based on Downdetector's heat map include major cities such as Mumbai, Delhi, Kolkata, Bengaluru, Chennai, and Hyderabad as well as Nagpur and Lucknow among others. After services were restored users headed to Twitter to share.

One user shared an image from a scene of 'Peaky Blinders', a gangster drama webseries.

Another user could not contain their happiness as they posted a series of dancing emoticons.

On October 5 2021, Instagram, WhatsApp and Facebook stopped working for over six hours. It took over six hours for Facebook to resolve the issue that the company claimed arose due to a faulty configuration change. The WhatsApp outage affected an estimated over 3.5 billion users across the globe.