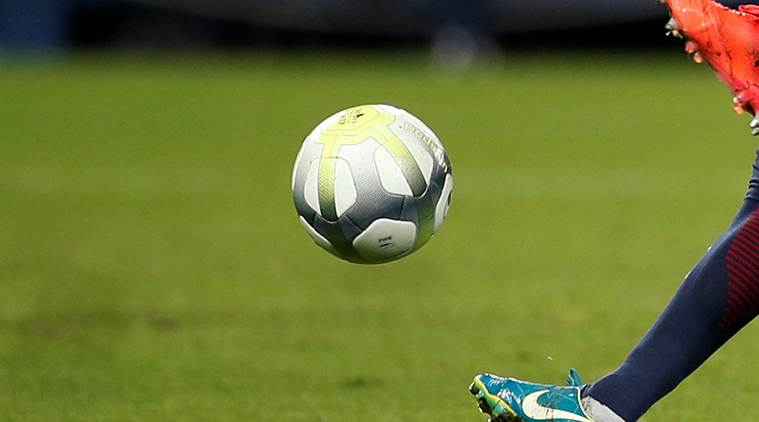 Both the team matched each other for major part of the game and foreigners made the difference for Minerva Punjab who rode on William's double strike -- one goal in each half.

Minerva are now on the top of the table with seven points from three matches.

The Indian Arrows looked dangerous in their counter attacks but they had few shots on target. The defeat meant that they remain on three points from two matches.

Both the team came into this fixture on the back of a victory. The young Arrows had defeated Chennai City FC 3-0 in their I-League opener while the Chandigarh-based Minerva had got the better of debutants NEROCA at home.

Indian Arrows made a couple of changes as Deepak Tangri came in for Anwar Ali and Abhijit Sarkar replacing U-17 World Cup goal-scorer Jeakson Singh.

Play was stopped for a while as two of the floodlight towers went off in the second minute after referee blew the whistle and it took some time before normalcy restored.

Minerva Punjab surprised Indian Arrows with an early goal in the seventh minute.

A throw-in from the left by Sukhdev Singh saw defender Boris Singh's clearance land to Girik Khosla who quickly released the ball for William to unleash a power-packed shot which went past the reach of Dheeraj Singh to find the corner of the net.

The early goal put pressure on the young AIFF development side and keeper Dheeraj had to punch the ball over the bar off a Kasim header in the 30th minute.

Indian Arrows slowly controlled the proceedings with quick short passes and had a chance to restore parity in the 32nd minute. A quick build-up from the middle from Boris saw Edmund releasing the ball for onrushing Sarkar whose shot was collected by rival keeper Rakshit Dagar.

The second half was mostly fought in the midfield as both the side's defence did well to keep their citadel intact until Minerva Punjab striker William controlled a cross from the left and sent a powerful shot to beat keeper Dheeraj to find the back of the net in the 84th minute. PTI