25 die as bus falls into gorge in Uttarakhand; 21 rescued 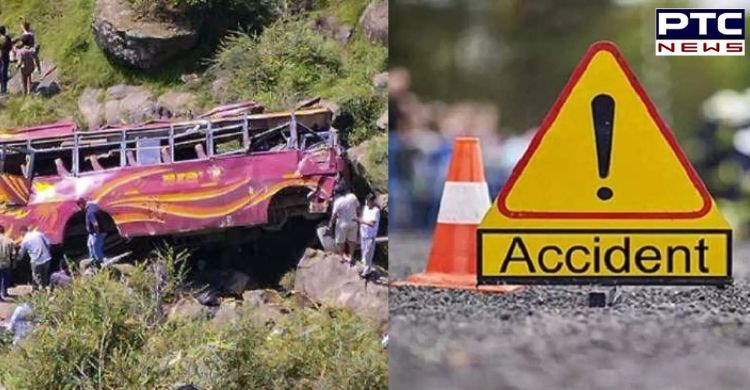 Pauri Garhwal (Uttarakhand), October 5: At least 25 persons died and a total of 21 persons have been rescued so far after a bus fell into a gorge near Simdi village in Uttarakhand's Pauri Garhwal district on late Tuesday.

The bus was reportedly carrying a wedding procession of 45 to 50.

"A wedding procession had left in a bus from here, Laldhang; an accident occurred. Information is being taken from the family members. A rescue operation is still underway by Pauri Police and SDRF at the spot," Haridwar SP City Swatantra Kumar Singh informed.

"Around 40-42 people were on the bus, including women and children. We are in continuous touch with the Pauri police and villagers. So far, 15-16 people have been rescued and sent to the nearest hospital. No information on any deaths received yet," he said earlier.

As per the latest inputs, 21 passengers have so far been rescued from the accident spot. Several SDRF (State Disaster Response Force) teams were present for aid and rescue operations.

Those rescued have been taken to the nearest hospital for treatment.