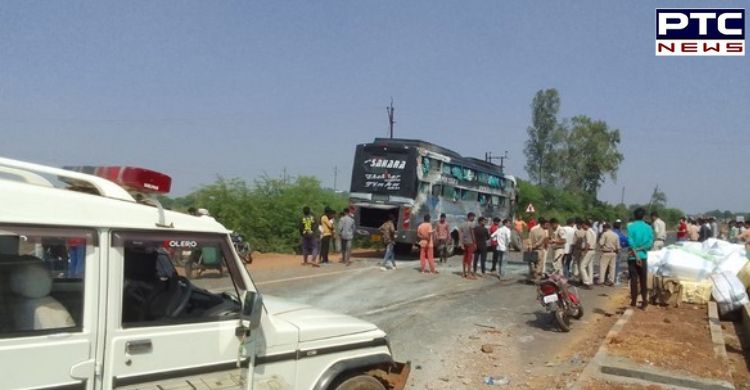 Guna (Madhya Pradesh), October 23: At least15 people have been injured after a road accident in Madhya Pradesh's Guna on Sunday, state police informed.

The bus was going from Surat to Kanpur. The injured have been admitted to district hospital by the police officials.

Earlier on Friday, as many as 15 people died while 40 more were left injured after a passenger bus collided with a truck in Madhya Pradesh's Rewa district.

The accident occurred between 10:30 and 11:00 p.m., when a bus carrying about 100 people from Hyderabad, Andhra Pradesh, collided with a truck trolley in the Suhagi Pahari area.

Shivraj Singh Chouhan, Chief Minister of Madhya Pradesh, offered his condolences and announced an ex-gratia of Rs 1 lakh to the families of the victims in the Rewa district road accident.