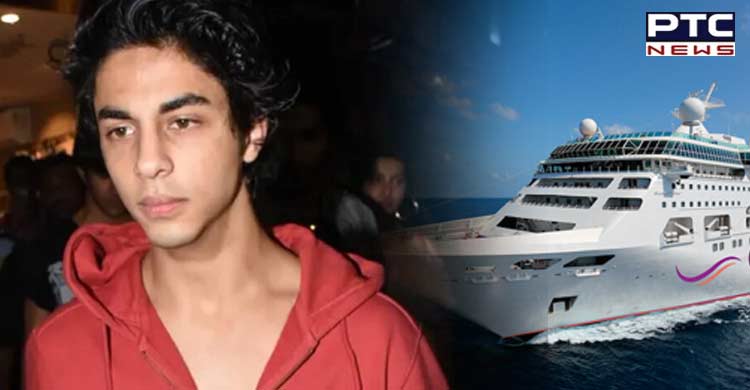 Mumbai, May 27: The Narcotics Control Bureau (NCB) on Friday gave a clean chit to Aryan Khan, son of Bollywood actor Shah Rukh Khan, in the October 2021 'drugs on cruise' case in which he was arrested last year.

He was arrested last year in a drug case in October amid a probe by the Narcotics Control Bureau, along with Arbaaz Merchant and Munmun Dhamecha. Officials of the NCB, which filed its chargesheet in a Mumbai court, said Aryan Khan and five others had not been named due to "lack of sufficient evidence". The other accused were Vikrant, Ishmeet, Arbaaz, Ayan, Gomit, Nupur, Mohak and Munmun. 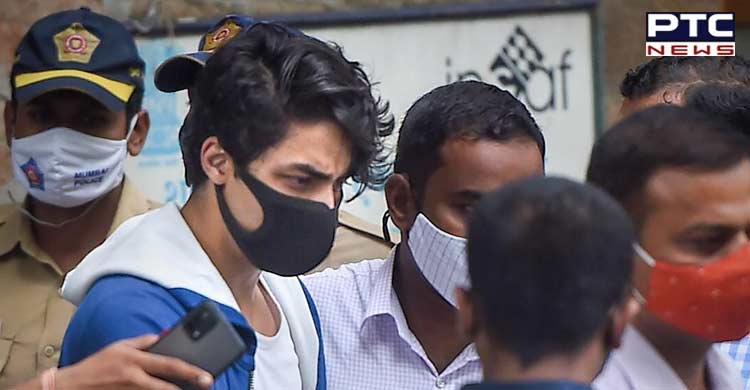 Aryan was taken into custody on October 2 along with others while he was kept under judicial custody and was granted bail on October 30.

In a press note released, the NCB said, "Based on an input, NCB Mumbai had on October 2, 2021 intercepted Vikrant, Ishmeet, Arbaaz, Aryan and Gomit at International Port Terminal, Mumbai Port Trust, and Nupur, Mohak and Munmum at the Cordelia Cruise. All the accused persons were found in possession of narcotics except Aryan and Mohak." 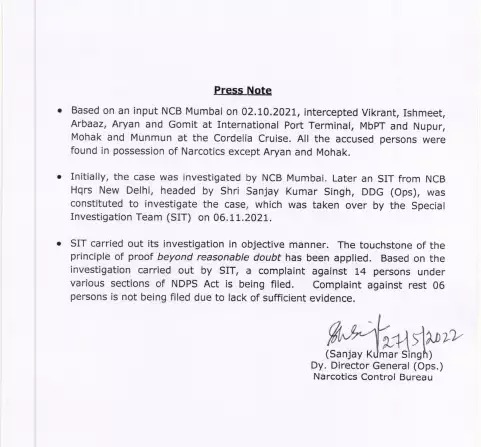 The press note further stated, "Initially, the case was investigated by NCB Mumbai. Later an SIT from NCB Hqrs New Delhi, headed by Shri Sanjay Kumar Singh, DDG (Ops), was constituted to investigate the case, which was taken over by the Special Investigation Team (SIT) on 06.11.2021." 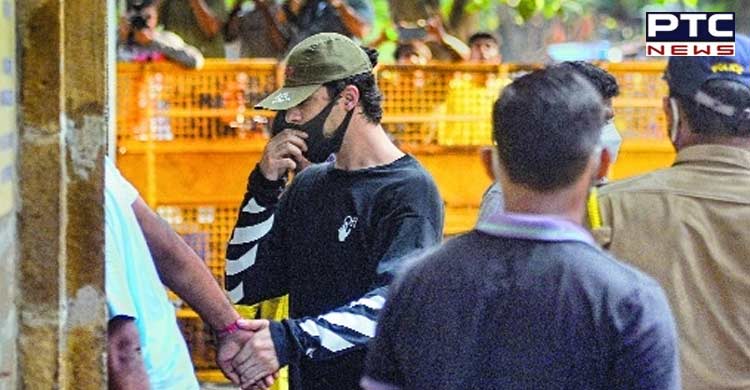