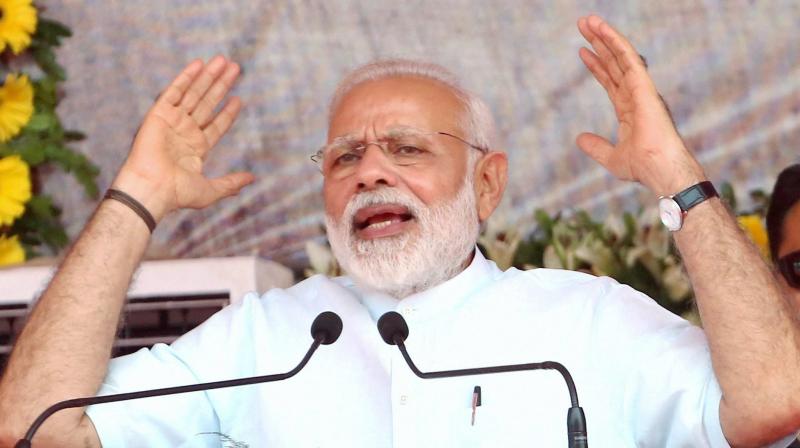 New Delhi: The Modi government, ahead of its third anniversary in power, has asked all ministers to submit their five major achievements that have benefitted people, including key reforms and comparative data reflecting the progress made since the BJP took office.

In a letter sent out this week, Information and Broadcasting Minister Venkaiah Naidu has asked all ministers to submit the data and observations to him.

It will be compiled in a booklet that the government plans to publish before May 26, the day Prime Minister Narendra Modi took charge three years ago. A copy of the letter was obtained by PTI.

In his letter, Naidu asked the ministers to send him "a three-page note in bullet form only". It said the note should cover five aspects:

* Five major achievements of the ministry concerned which have benefitted the people or appreciated by the people.

* Key performance indicators of the ministry

* Comparative data/statistics of flagship schemes of the ministry which signifies what was the position in 2014 and now in 2017. For example, how many LPG connections were there in2014 and what is the number now in 2017.

* Two top success stories in one paragraph each. In an earlier letter dated March 21, Naidu urged the ministers and senior BJP leaders to communicate with the people on the positive changes that have been brought about by the Modi-led NDA government.

Asserting that the mood of the nation is clearly in "favour of the BJP and PM Modi", Naidu said, "We all take pride in being a member of Team Modi, whose relentless pursuitto turn around the fortunes of millions of people, hitherto neglected by successive governments, is bearing visible fruits."

"... We must prepare concrete action plan and be ready with facts, figures, data to propagate the government's achievements in a big way," he said.

According to the letter, the government has made a list of ministers who would prepare note on specific sectoral topics assigned to them.

Minister of State for External Affairs M J Akbar has been asked to prepare a note on the highlights of the prime minister's tour abroad, major outcomes from those tours and increased investment flows from foreign countries.

Similarly, MPs Swapan Dasgupta and Chandan Mitra have been assigned to compile a note on intellectual discourse and counter any possible negative narrative on topics like less than promised employment generation, so-called threats to freedom of expression among others.