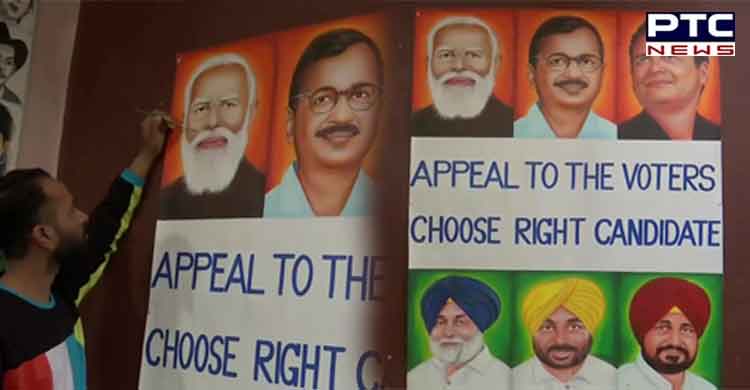 Amritsar, February 13: Just days ahead of crucial polls in Punjab, an Amritsar based artist, Jagjot Singh Rubal, created a massive canvas of principal contenders to encourage the eligible people in the state to cast their votes in the upcoming assembly election 2022.

The theme of the painting is "India's flag" and it consists of the collage of the pictures of Chief Ministerial faces of different political parties, including Aam Aadmi Party's Bhagwant Singh Mann, Congress' Charanjit Singh Channi, and Shiromani Akali Dal's Sukhbir Singh Badal along with the respective party's senior leaders.

Jagjot, the Amritsar-based painter, said, "As Punjab goes to polls on February 20, I wanted to encourage the youth here to cast their valuable votes. Youths always say that one vote does not matter." 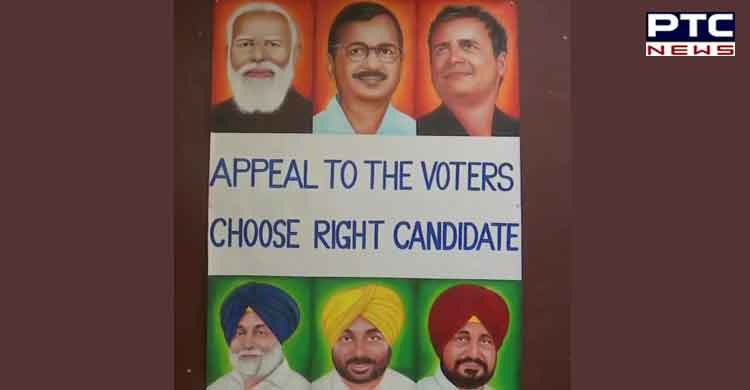 "But I want to make them aware that one vote can decide victory and defeat. This is my appeal to young voters to cast their votes and choose the right candidates. All the best to all voters," he said. 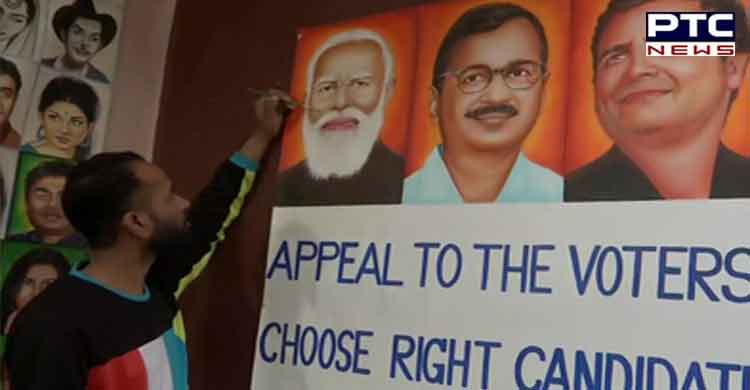 Describing his painting, Rubal said that he has used the theme of the "Indian flag" in the canvas and thus painted the background with tri-colours.

Punjab will go to the polls in a single phase on February 20, with the counting of votes to take place on March 10. 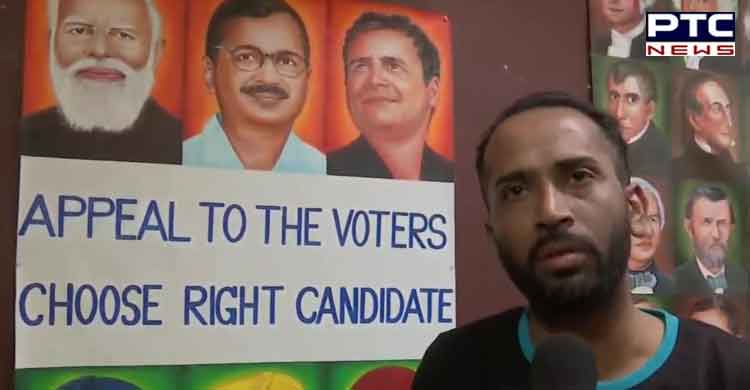 Talking about the talented artist, this is not the first time Jagjot has played his part in politics or other key international, national or state events. The artist has already made portraits of US president Joe Biden, Vice President-elect Kamala Harris, former US President Donald Trump, Prime Minister Narendra Modi and other key dignitaries.

Also Read | Uttarakhand elections 2022: Security beefed up in state ahead of polls