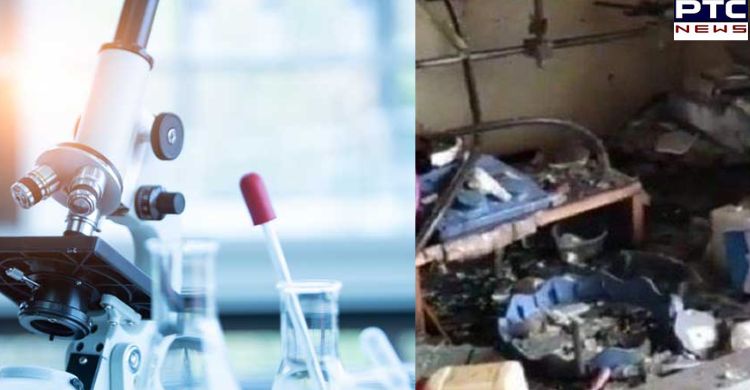 Amritsar (Punjab), August 27: Several students have been injured while one remains critical after an explosion at the laboratory in Guru Nanak Dev University (GNDU), Amritsar.

According to sources, the explosion took place during a chemistry practical on Friday. The incident left many students injured and the condition of one student is said to be critical.

The students were reportedly preparing Refuse Derived Fuel (RDF), a fuel made from combustible components, when the experiment went wrong, resulting in a sudden blast, according to college officials.

The critically injured student is currently being treated at a nearby hospital. The images from the scene showed a blood-splattered lab with equipment that appeared to have been destroyed by the explosion.