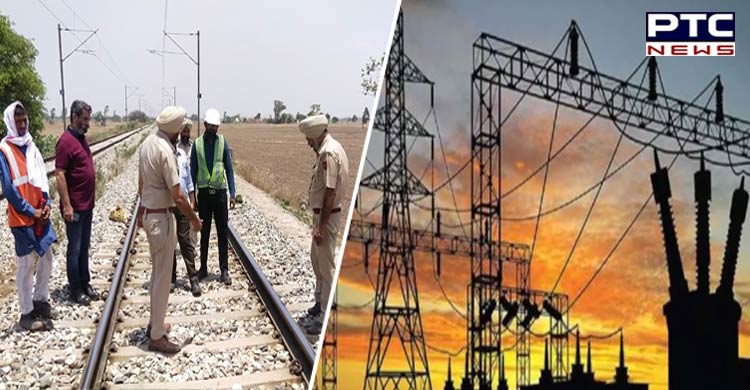 Inputs By Gagandeep Ahuja from Patiala: Some unidentified miscreants allegedly removed at least 1,200 clumps from the rail tracks between Sarai Banjara and Rajpura thermal power plant. Two rakes carrying coal passed through the tracks Saturday morning, but no untoward incident was reported.

Notably, the incident has come to the fore on the day when there was a 'Rail Roko' call by the Sikhs for Justice (SFJ).

It is learnt that this is the second attempt by the miscreants as in May, at least 60 clumps from the Sarai Banjara rail track were removed. The issue has been brought to the notice of security agencies and policemen and Railway police personnel immediately reached the spot.

It is learnt that the tracks were checked late Friday evening. The clumps could have been removed night hours.

Sources said it seemed to be an attempt to affect Punjab's power supply. Besides, loss of rail connectivity to the thermal plant could have caused severe damage to both power sector and the Railways. Further investigations have been initiated.