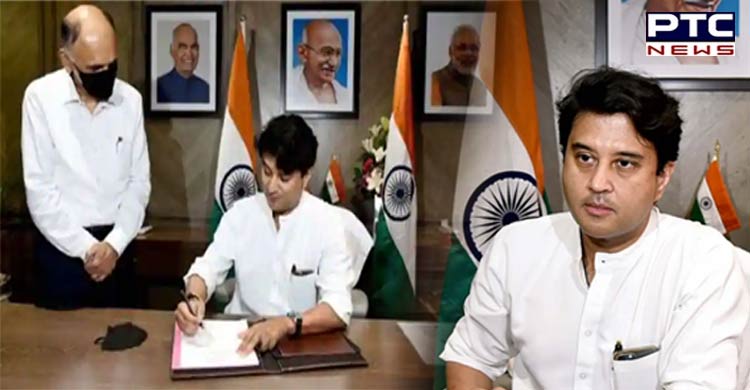 "Today, as per the orders of Hon'ble Prime Minister Shri @narendramodi ji, took charge of the Ministry of Steel. I will try my best to discharge this new responsibility with the blessings of all well wishers," he said on Twitter after assuming his new role.

Scindia succeeds RCP Singh, a member of the NDA's ally JD(U) in Bihar, whose term in the Rajya Sabha ends today. On July 7, 2021, Singh was sworn in as a minister in the Narendra Modi cabinet. However, Bihar Chief Minister Nitish Kumar recently denied him a Rajya Sabha ticket.

RCP Singh, a former bureaucrat and Rajya Sabha Member, took over the Ministry of Education together with the Ministry of Skill Development and Entrepreneurship in a Cabinet reshuffle last year on July 8.

According to an official statement, President Ram Nath Kovind instructed that the Minister of Civil Aviation Scindia be awarded the Ministry of Steel in addition to his existing portfolio on the recommendation of Prime Minister Narendra Modi on Wednesday.