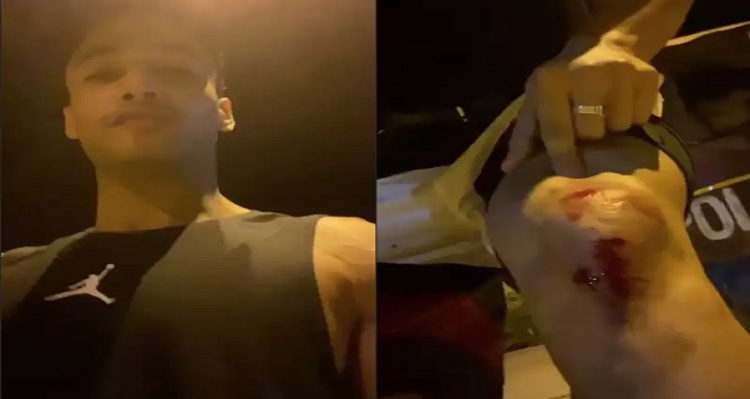 The Bigg Boss 13 runner-up Asim Riaz was allegedly attacked by some goons from behind while he was cycling in his hometown. The Kashmiri lad became a household name with his powerful game inside the Bigg Boss house.

In a disturbing piece of news for all his fans, it seems Asim Riaz was attacked by some goons from behind. The actor suffered injuries besides cuts and multiple bruises all over his body. The incident took place at night.

In a video, Asim said that the attackers were on a bike and hit him from behind. He also called them cowards who did not have the guts to attack from the front.

Meanwhile, his fans took to social media to wish a speedy recovery. Also, the fans trended #GetWellSoonAsim on social media. One of his fan pages wrote, "Height of cowardness. #AsimRiaz was cycling and some guys on a bike coming from back hit him. They are surely jealous of his success. Work for it guys, don't think of others fall, grow urself #GetWellSoonAsim #asim #ArijitSingh #AsiManshi #DilKoMaineDiKasam #tseries #ThursdayThoughts."

Asim Riaz will be seen next with Himanshi Khurana in the song, Dil Ko Maine Kasam Di, which is produced by T-Series while the voice will be given by Arijit Singh. Asim has so far done 4 music videos. Co-star Barbie Mann said that Asim is an extremely humble guy and very passionate about his work.