Bigg Boss 13: Shehnaz cries as Shukla prefers Aarti to her; End of Sidnaaz? 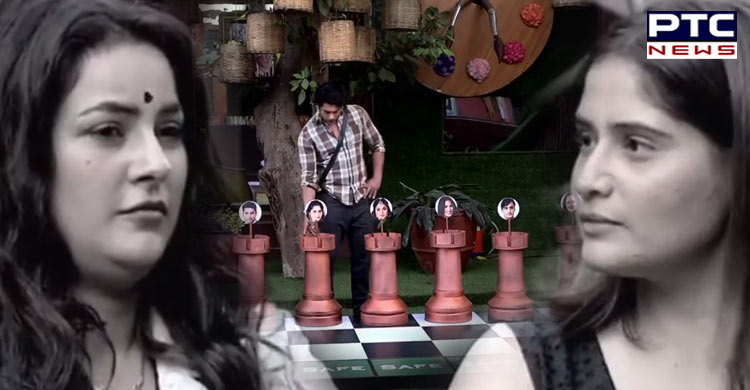 Bigg Boss 13: Punjabi sensation Shehnaz Gill is really upset with Siddharth Shukla as he saved Aarti Singh instead of her in this week's nomination task. In this week, Siddharth has not been talking to Shehnaz as he said that he cannot trust the one who can't even stand for her family. Likewise, Shehnaz told Siddharth that "If you don't know my past, my struggle than you have no right to judge me."

Soon after this discussion, the nomination task took place in which Siddharth saved Aarti Singh. To this, Shehnaz started crying and even hugged Paras Chhabra and Mahira Sharma. In a recent promo, Shehnaz was not talking to Siddharth. She was in bathrooom area where Aarti asked her "What happened?" "I don't want to talk," Shehnaz replied.

After this, a massive argument erupted in between them while Siddharth Shukla was lying on sofa quietly. However, Paras asked Shehnaz that "When Sidnaaz is so famous, why you are ruining it?" "It's already ruined," she replied.

Recently, Aarti Singh missed the opportunity to become the member of Elite club as Hina Khan didn't choose a winner among Aarti and Rashami. Hina said that both of them were amazing and hence she can't choose one. Therefore, no one was able to become a member of Elite Club. So far, only Asim Riaz has that membership and the immunity to avoid nominations for one time.