The BJP has decided to field Sufi singer Hans Raj Hans from the North West Delhi for the upcoming Lok Sabha elections on Tuesday. He will take on Guggan Singh of the AAP and Rajesh Lilothia of the Congress.

The Sufi singer joined the BJP in 2016 after ditching the Congress. He had contested elections on a Congress ticket. He was also a member of the Shiromani Akali Dal (SAD) in Punjab.

Hans Raj Hans is a popular folk and Sufi singer hailing from Punjab. He has sung several popular Hindi songs for Bollywood films as well. 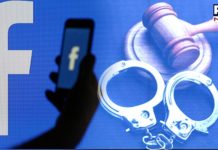