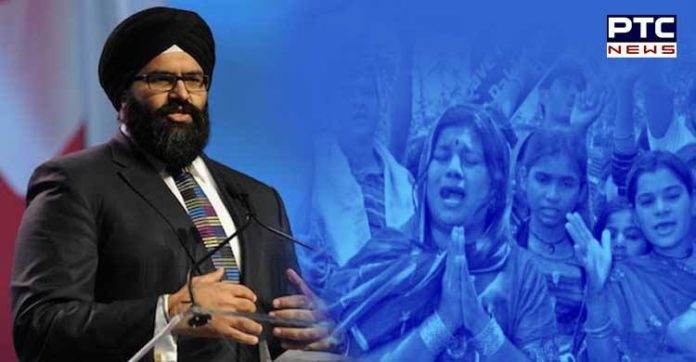 The number of Sikh and Hindu communities is less than 2000 in Afghanistan. They have to face a lot of persecution and attacks on the name of religion. In 2018, many people belonging to Sikh and Hindu minorities were killed in various suicide bomb attacks.

Surrey-Newton MP Sukh Dhaliwal said, “When anyone religious community is targeted and attacked for their beliefs, we all have a responsibility to stand up and do everything in our power to protect that group and bring an end to persecution.”

Also Read: Avtar Singh to represent Afghanistan’s Sikh and Hindu minority in the next parliament

Dhaliwal added he is “thankful for the hard work of the late Alberta MLA, Manmeet Singh Bhullar, and proud that on the third anniversary of his passing away we can make this announcement to welcome the most vulnerable to Canada. This is only possible because of his tireless work in raising awareness of this persecution, and Minister Ahmed Hussen who has worked with determination and diligence in reducing processing times that made this announcement possible.”

Dhaliwal added: “Canada is known around the world as a compassionate, tolerant, and equal nation and groups like the Manmeet Bhullar Foundation and actions like these strengthen our place in the world as a leader in Human Rights. Once again, I am proud of the work done by everyone who voiced their concern, and worked hard for a solution, I look forward to welcoming them to Canada early next year”