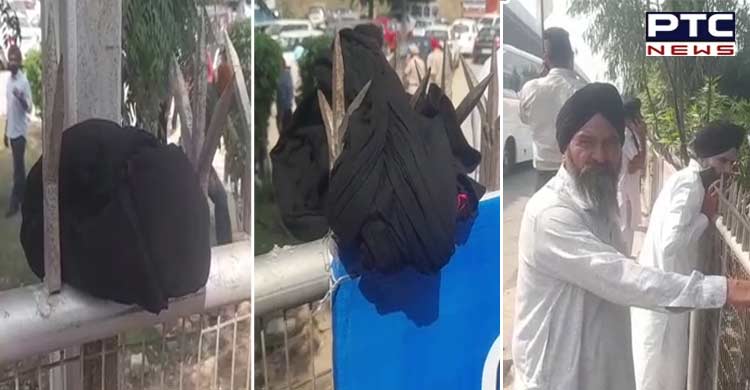 In protest, farmers removed their turbans and placed them on the grill of the gate. 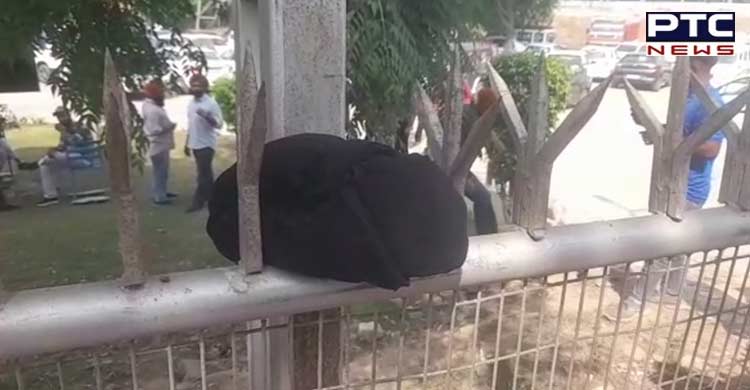 The turban of a farmer lying at the gate of Verka milk plant in Punjab's Ludhiana district. Photo: PTC News

Officials at the spot said no person wearing black turban or black clothes would be allowed inside the venue. In protest, many farmers put their turbans on the gate of Verka Milk Plant, Ludhiana.