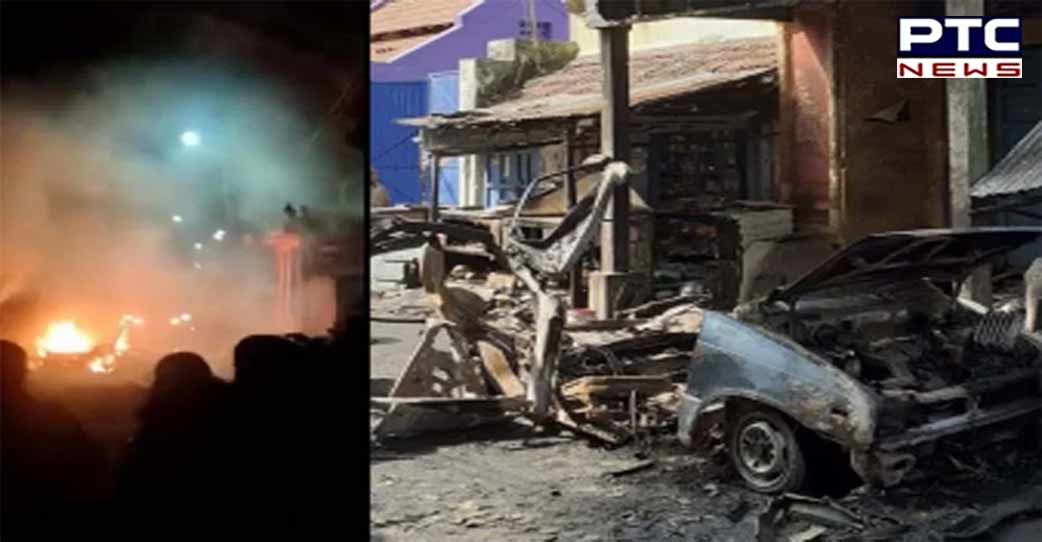 New Delhi, October 27: The Central Government ordered a National Investigation Agency (NIA) investigation into the October 23 Coimbatore LPG cylinder explosion in a car, taking into account the possibility of cross-state developments and the role of international elements in the investigation.

The order was issued by the Ministry of Home Affairs' Counter-Terrorism and Counter-Radicalization (CTCR) division a day after Tamil Nadu Chief Minister MK Stalin recommended an NIA investigation into the case.

According to a top government official, the "NIA will take over the case very soon."

Stalin had urged the MHA in a recommendation letter on Wednesday to transfer the investigation of the car cylinder explosion in the Ukkadam area of Coimbatore to the NIA and directed police to ensure security in Coimbatore.

Stalin's recommendation came after a detailed review meeting on Wednesday at the Head Office, presided over by the Chief Minister, to discuss the ongoing investigation into the case.

So far, the Tamil Nadu Police have arrested six people in connection with the case and have invoked the Unlawful Activities (Prevention) Act (UAPA).

Those arrested are suspected to be Jameesha Mubin's associates, who was charred to death in suspicious circumstances after an LPG cylinder inside the Maruti 800 he was driving exploded near a temple in Coimbatore around 4 a.m. on October 23.

Mubin, a 25-year-old engineering graduate, was previously questioned by the NIA in 2019 for alleged terror links, according to police. His name is listed as the primary accused in the case.

Mohammad Thalka, 25; Muhammad Asarudheen, 25; Muhammad Riyaz, 27; Feroz Ismail, 27; and Mohammad Navaz Ismail, 27 were arrested on Monday night. However, the sixth accused, Afsar Khan, a relative of the deceased, was apprehended earlier on Thursday.

Since the explosion occurred in Ukkadam, a communally sensitive area, top police officers from the state, including DGP Sylendra Babu and Additional DGP (law and order) Thamarai Kannan, rushed to the scene.

According to the DGP, police discovered explosive materials in Mubin's house in Ukkadam on Sunday. They seized 75 kgs of potassium nitrate, charcoal, aluminium powder, and sulphur, all of which could be used to make explosives.