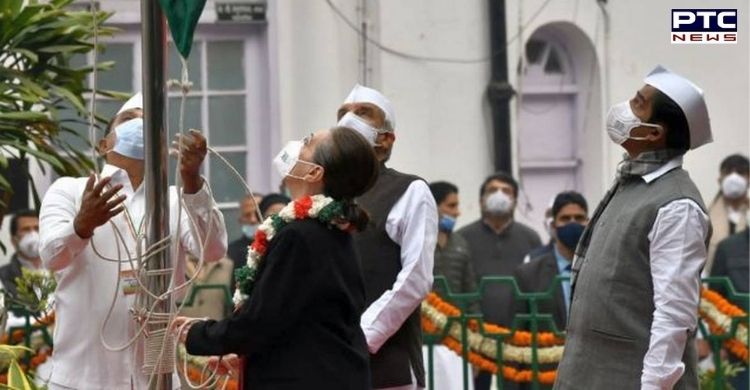 The Congress party's tricolour flag fell off the flagpole on Tuesday morning as party president Sonia Gandhi was in the process of unfurling it as part of the party's 137th foundation day event at the AICC headquarters here in the national capital.

While it was an embarrassing moment for party leaders, Sonia Gandhi kept her poise and along with party treasurer Pawan Bansal and AICC general secretary, KC Venugopal displayed the party's tricolour flag in their hand briefly. Congress' Seva Dal workers unsuccessfully attempted to string the flag back again and then a ladder was called for after which they strung the flag again. 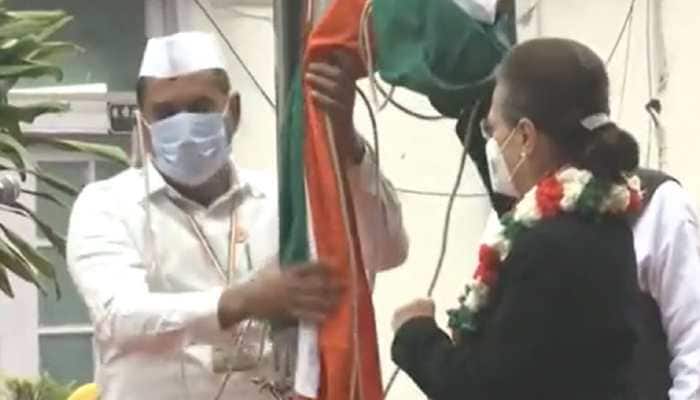 Following this, the hoisting ceremony was repeated after some 20 minutes, this time without any eventuality.

Rahul Gandhi and Priyanka Gandhi Vadra were among those present at the party headquarters function this morning. 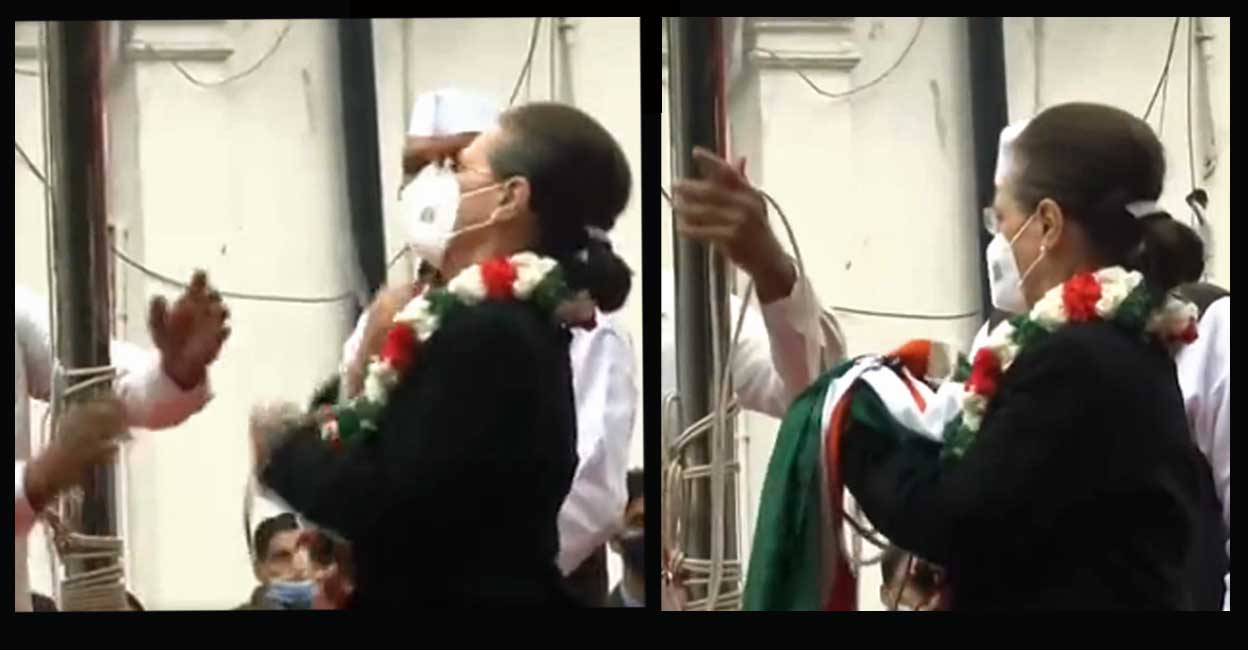 Meanwhile earlier today, Congress leader Rahul Gandhi took to Twitter to extend greetings on the party's foundation day saying it's a party that laid the foundation of our democracy in India.

"We are Congress- the Party which laid the foundation of our democracy and we are proud of this legacy. Best wishes on Congress Foundation Day," he tweeted.

The Indian National Congress was formed on December 28, 1885, and conducted its first session in Mumbai (then Bombay) from the said date to December 31 of that year.

Lawyer Umesh Chandra Banerjee was the first president of INC.