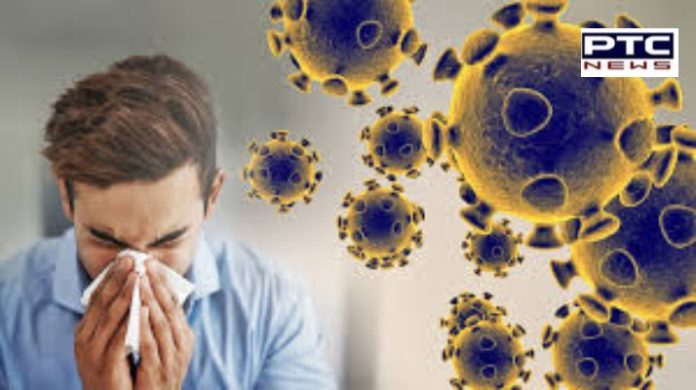 The total number of coronavirus cases in Punjab has increased to 17,853 after 792 new cases of COVID-19 were reported in the last 24 hours, according to the media bulletin issued on Sunday evening.

A total of 391 COVID patients were declared cured and discharged in the last 24 hours, as of Thursday evening. Of 296, 32 were from Jalandhar, 223 from Patiala, 23 from Amritsar, 29 from Sangrur, 41 from Hoshiarpur, 11 each from Kapurthala and Mansa, 9 from Gurdaspur, 8 from Fazilka and 5 from Pathankot. 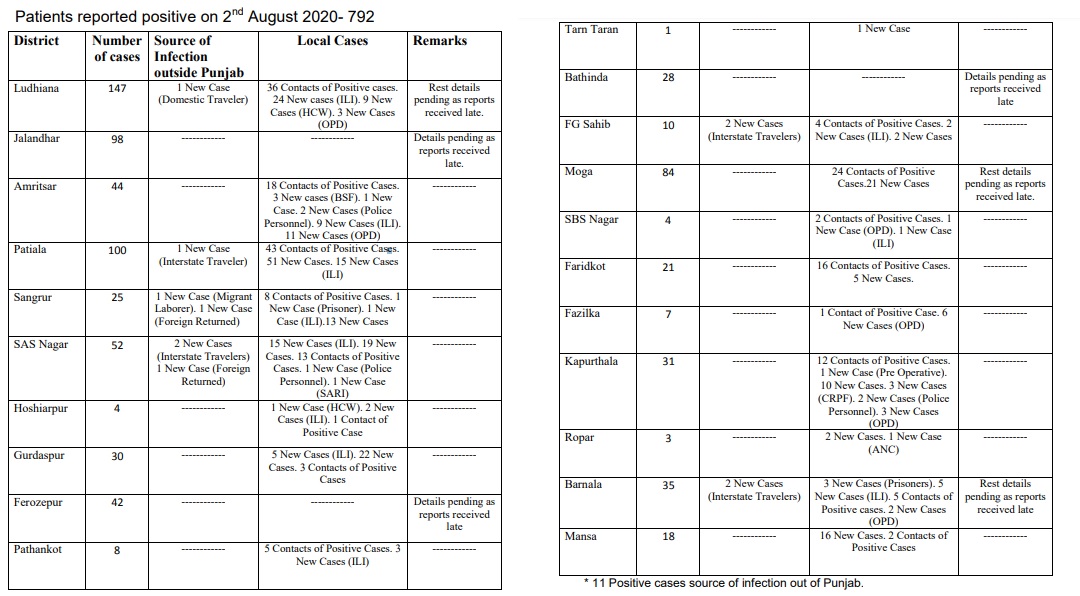 Ludhiana on Sunday reported the highest number of coronavirus cases as the district reported 147 new cases of coronavirus. Currently, Ludhiana is having 3524 cases out of which 1292 are active cases, 2125 have been cured while 107 have died due to the pandemic. 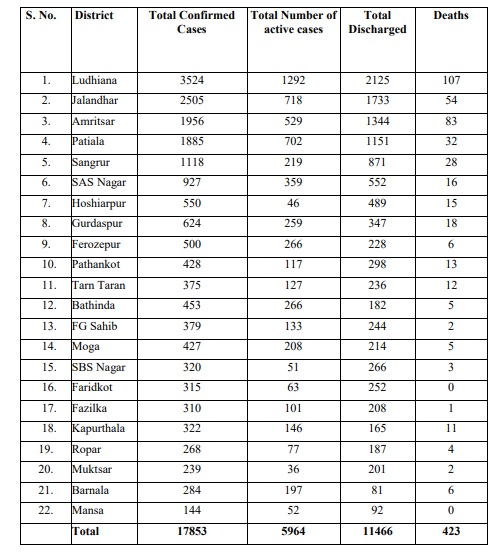 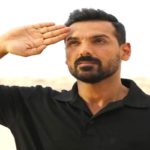