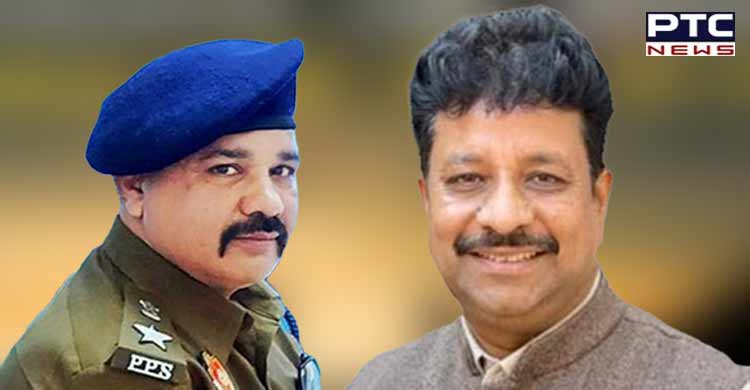 : A day after scuffle between Jalandhar DCP Naresh Dogra and MLA Raman Arora and groups over a fight with shopkeeper, DCP has been removed from his post and transferred and appointed as AIG  Punjab Armed Police (PAP) Headquarters in Jalandhar.

Following the transfer of DCP Naresh Dogra, it seems like an ugly spat, allegedly over a petty dispute between two shopkeepers of Shastri Nagar market here last evening is not over yet.

Notably, a fight broke between DCP Naresh Dogra and MLA Raman Arora on Wednesday late night during the agreement of shopkeepers in Shastri Nagar market.

In the meantime, to end the mutual dispute between the two, supporters of MLA and DCP Dogra gathered in an office in Central Town, Jalandhar.

Later both sides met at a media house building to reach a compromise. But, things got worse as there were reports of both sides using abusive language and manhandling each other.

During a called meeting by officer, Naresh Dogra had been alleged for assaulting and for stating some cast-indicative words.

Meanwhile, Deputy Commissioner of Police (DCP) Naresh Dogra is already in for trouble as a Hoshiarpur court has summoned him and his son to face trial in a three-year-old hotel brawl case. Both are facing attempt-to-murder charges and have been summoned on November 15.