A major terror strike has been averted in the national capital as the Delhi Police on Monday apprehended three men linked to an Islamic State terror module and recovered Improvised Explosive Devices (IED) from them. The arrested persons have been identified as Islam, Ranjeet Ali, and Jamal, who were arrested from Goalpara, Assam.

DCP Pramod Kushwaha of Delhi Police Special Cell stated that “A terror strike has been averted as three persons have been apprehended with Improvised Explosive Devices (IED).” “The three arrested persons were from an ISIS inspired module and were planning to attack using an IED blast a local fair in Goalpara (Assam). They were planning to replicate it in Delhi,” he added.

Punjab and Haryana are not doing anything: Supreme Court on Delhi Air Pollution

Furthermore, he said “It looks like it was a self-radicalised group, detailed interrogation will reveal further links.” The three men were possessing explosive materials used to devise bombs and IED. Also, the police suspect that the three men were influenced by the Islamic State. 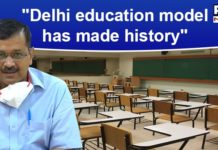