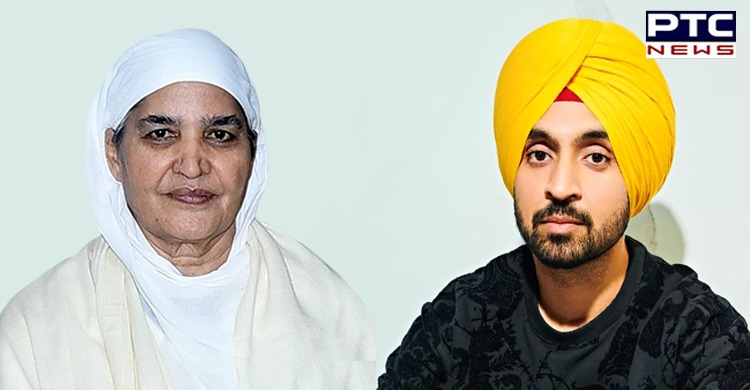 World’s top 100 Sikhs: The Sikh Group, a UK-based global Sikh organization has released the latest edition of ‘The Sikhs 100’.

SGPC President Bibi Jagir Kaur has made a debut in the latest edition of list released.

She was positioned second among the powerful 100 Sikhs on global level in 2020, next to Takht Hazur Sahib Jathedar Giani Kulwant Singh, who retained the top position.

Founder of The Sikh Group Navdeep Singh said that ‘The Sikh 100’ was an annual ranking, documenting profiles of some of the most influential Sikhs from around the world and across all sectors, including business, education, profession, media, entertainment, sports and charity.

“Out of 26 million Sikhs, they were chosen in the current list. Though, we do not honour them physically, yet our aim was to share the real stories of inspiration so that all generations of Sikh community should be encouraged to aim high, be passionate and excel in all aspects of their lives,” said Navdeep Singh.

Actor and Singer Diljit Dosanjh, who was also in the limelight for his unconditional support to the farmers’ agitation also made it to the list for the first time.

SAD president Sukhbir Singh Badal is also among the powerful Sikhs at the 18th place.

Cricketer-turned-Politician Navjot Singh Sidhu is also on the list at the 30th place.