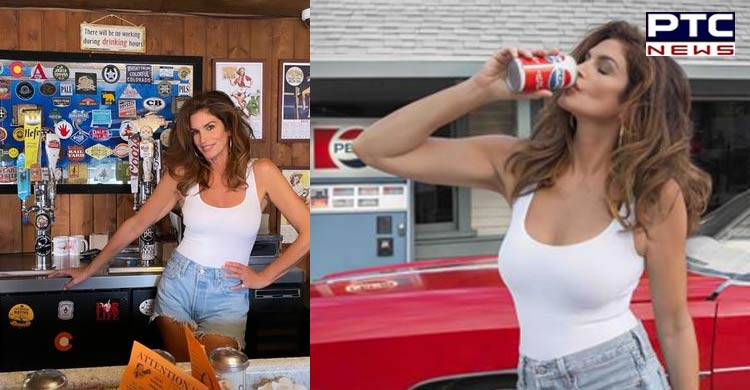 Mumbai, July 16: Actor Jacqueline Fernandez has ushered in a wave of nostalgia among the 90s youth with her new Pepsi commercial.

Food and beverage manufacturer Pepsi has recreated its iconic 1992 commercial with supermodel Cindy Crawford. The new commercial features Jacqueline, who undoubtedly brought back memories for many. In the latest advertisement, Jacqueline can be seen riding a bike to a remote gas station and arriving in style. Jacqueline and Cindy are shown grabbing a quick drink at a gas station in both advertisements. They are seen wearing white tank tops and denim shorts.

As soon as Jacqueline posted the commercial on Instagram, netizens chimed into the comment section and expressed their views on the recreation.

The original Pepsi commercial, which was filmed in 1992, reportedly made huge waves when it premiered at the Super Bowl in the US.