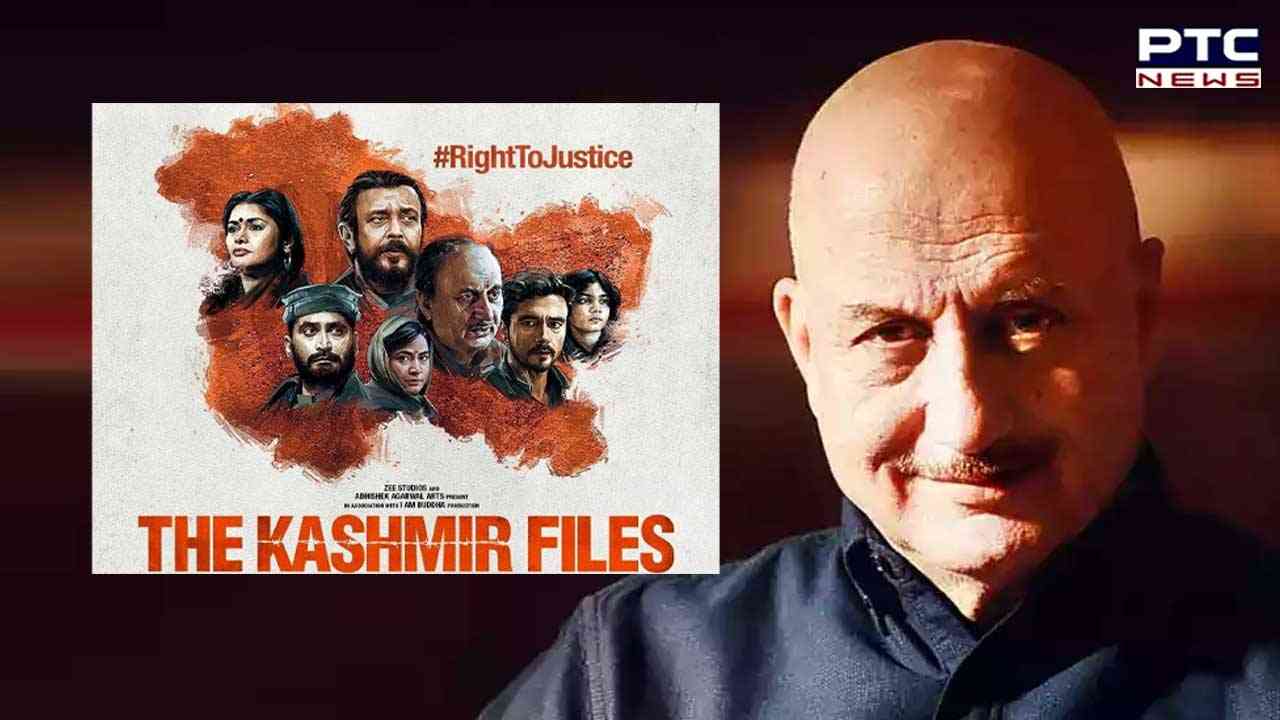 Mumbai (Maharashtra), January 10: Anupam Kher, who played a prominent role in 'The Kashmir Files,' a film that documented the alleged genocide and exodus of Kashmiri Pandits from Jammz, expressed his delight on Tuesday after the film was added to the Oscars 2023 reminder list.

Speaking about the achievement, "The Kashmir Files being shortlisted at the Oscars is an achievement in itself, it's too early to celebrate. This tragedy was kept hidden for 32 years and after 32 years when this film was released, the world welcomed it but also there were a lot of people who commented a lot about it. Not only the film is shortlisted but I am also shortlisted for the Best Actor award. It's a humbling and amazing feeling. Four more films are shortlisted from India. I wish them all the best and congratulations."

"It's time to show our big hearts, whichever film makes it to the nominations from the shortlist, as an Indian will be an achievement for me. I would like to congratulate all the people on behalf of The Kashmir Files Team. I am happy, this film is made on the Hindu genocide, many people made fun of it and called it a propaganda film. A Chief Minister asked to release the film on YouTube, but I think the truth always wins in the end," he further said.

The Indian actor went on to talk about the controversy over the International Film Festival of India (IFFI) jury head and Israeli filmmaker Nadav Lapid's statement calling the film 'a propaganda' and 'vulgar' at the festival's closing ceremony.

"This is the time to be happy, and not to remember those people who just wanted 15 minute of fame, those who want fame for a short time target big things. What to talk about them at this time they will find their answer. The Kashmir Files is trending right now, the film is different because people did not show collective happiness on the success of this movie. They called it agenda and propaganda, and that's why those who are seeing the stir on social media, this is itself the answer to those people, we do not need to answer. Vivek Agnihotri doesn't need to answer," he added.

'The Kashmir Files,' based on first-generation video interviews of victims of the Kashmiri massacre, recounts their pain, suffering, struggle, and trauma during the 1990 Kashmir insurgency.

Aside from 'The Kashmir Files,' blockbusters 'RRR,' 'Kantara,' and 'Gangubai Kathiawadi' have been added to the Oscars reminder list for 2023.