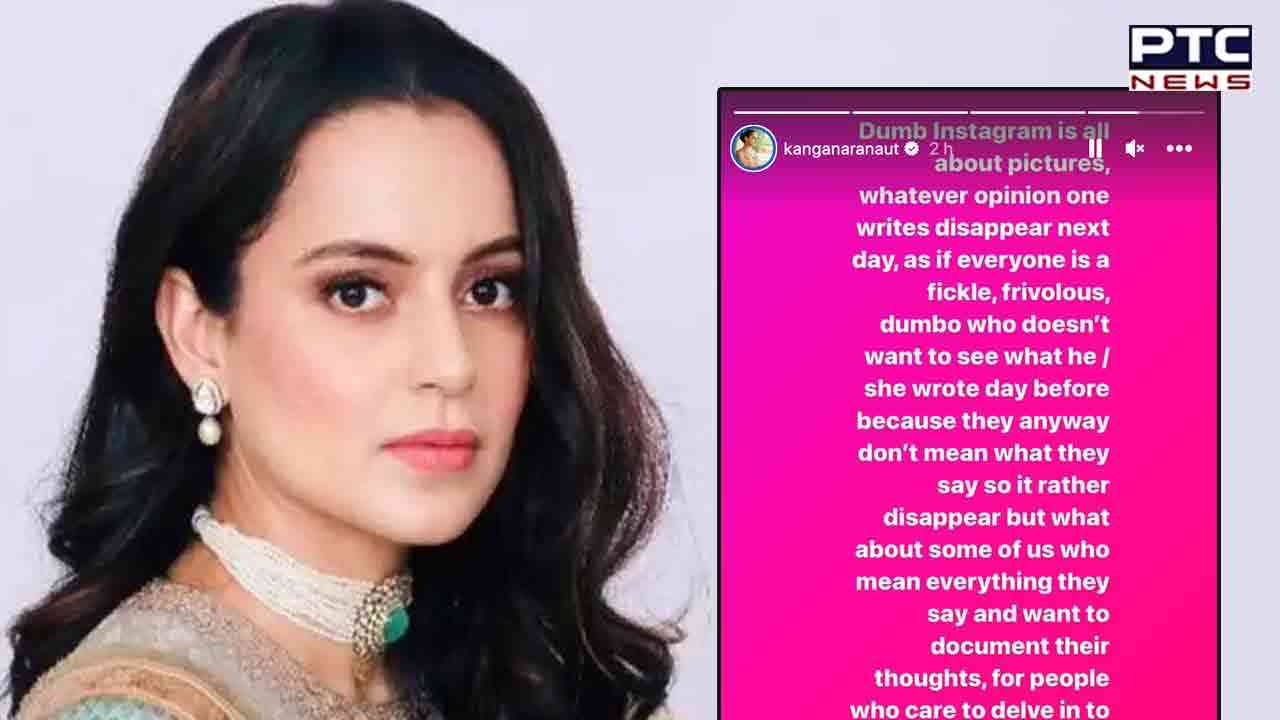 Ironically, Kangana took to her Instagram stories on Friday and called Instagram "dumb". She wrote, "Dumb Instagram is all about pictures, whatever opinion one writes disappear(s) next day, as if everyone is fickle, frivolous, dumbo who doesn't what to see what he/she wore day before because they anyway don't mean what they say so it rather (should) disappear." She continued, "But what about some of us, who mean everything they say and want to document their thoughts for people, who care to delve into them, start a dialogue or conversation. These are mini blogs, which should be open for interpretations for the sake of the growth of the subject, and the object, both."

Interestingly, after Elon Musk took over Twitter, Kangana hailed the news and even said that the micro-blogging site is "Intellectually, ideologically motivated."

Calling Twitter intellectually and ideologically motivated she termed it as the "best" and said that anybody who has an aadhar card "must get" a verified blue tick.

The person, who goes by the username moron_humor, originally shared the post on Twitter. They posted screenshots of Donald Trump's statement and Kangana's blocked account. The person captioned the post, "In the spirit of 'Freedom of Speech'.. Hope you restore @KanganaTeam as well @elonmusk.."

In May 2021, Kangana's Twitter account was 'permanently suspended for repeated violation of Twitter rules'. The suspension came after the actress had made an incendiary post, claiming that the victory of the Mamata Banerjee-led All India Trinamool Congress in the Assembly election of West Bengal had led to violence.

Meanwhile, on the work front, Kangana will next be seen in 'Tejas', along with a period drama film 'Emergency' which would mark her first solo directorial film.

weeks to Centre to respond on ‘Ram Sethu’ plea