'Everything fine in NDA alliance': JDU's Upendra Kushwaha amid speculations of rift with BJP 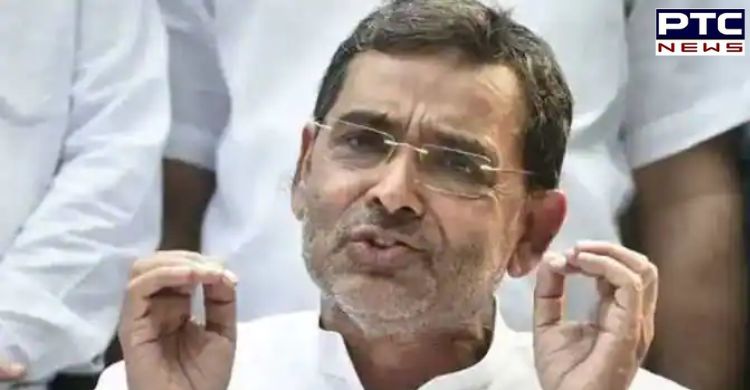 Patna (Bihar), August 9: Amid the buzz about a rift between the Bharatiya Janata Party (BJP)-Janata Dal (United) - the NDA alliance in Bihar, JD(U) leader and former Union Minister Upendra Kushwaha on Monday said that everything's fine in the alliance.

"Yes absolutely...everything is fine in the NDA alliance. Today we are not making any claim but Nitish Kumar has all the qualifications to become the Prime Minister," said JDU's Kushwaha.

Further, taking a jibe at RCP Singh, Kushwaha said, "his statement is very objectionable and shows his mental bankruptcy."

Notably, Bihar Chief Minister Nitish Kumar has called for a meeting of JD-U MLAs and MPs on Tuesday at 11 am amid speculation of a rift with ally Bharatiya Janata Party (BJP), confirmed JD-U party chief Rajiv Ranjan Singh alias Lalan.

Meanwhile, Rashtriya Janata Dal (RJD) has also convened a meeting on Tuesday at 11 am to discuss political developments in Bihar.

Earlier on Monday, Congress held a meeting of its legislature party in Bihar to contemplate the evolving political scenario in the state and according to reports Congress president Sonia Gandhi also had a telephonic conversation with Nitish Kumar.

The rumours of a potential split between the JD-U and BJP gained momentum as Nitish Kumar chose not to attend the NITI Aayog meeting held on Sunday.