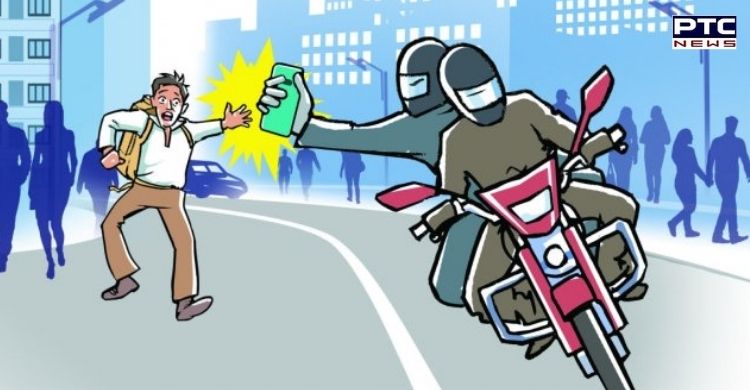 Gurdaspur: An Aam Aadmi Party (AAP) leader has been arrested in Punjab's Gurdaspur district on charges of snatching.

According to information, the Aam Aadmi Party leader has been identified as Channan Singh. The arrested AAP leader is the district president of AAP's ex-servicemen wing in the Gurdaspur district.

It is to be mentioned that Channan Singh was accused of snatching a mobile phone as a result of which he has been arrested. Meanwhile, the police has registered a case under sections 379B, 323, 506, and 34 of the Indian Penal Code and arrested him.

Giving information in this regard, SP Headquarters Gurdaspur Gurmeet Singh informed that the case was registered on August 18, 2021, by a person named Amarjit Singh, under section 379b, 323, 506, 34 of IPC at Ghumman Kalan police station.

Amarjit Singh has accused that he was going to Sahari village to pay for the power amnesty while he was beaten by the accused Channan Singh and his accomplices and his mobile was snatched.

Channan Singh had applied for bail, which was rejected by the Hon'ble court.