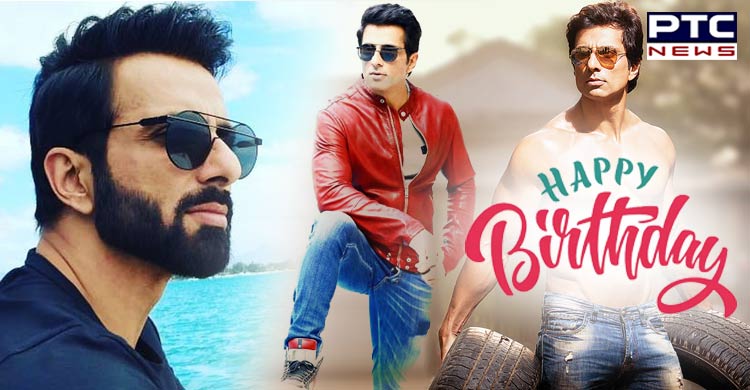 Happy Birthday Sonu Sood: The Indian Film Actor, Model, and Producer are celebrating his 45th birthday on Tuesday. Sonu was born on 30 July 1973 in Moga, Punjab. The Actor made his appearance predominantly in Hindi, Telugu, Tamil, Kannada and Punjabi Films. Also, the Indian Actor was introduced to Tamil films with Kallazhagar and Nenjinile, in 1999.

Later, he appeared in the Telugu film Hands Up! in 2000. Furthermore, Sonu Sood appeared in Majunu in 2001. Prior to the recognition, he got from his work, he started getting a chance in Hindi films. He first got break-through in Shaheed-E-Azam, as Bhagat Singh in 2002. Sood earned recognition in Aashiq Banaya Aapne in 2005.

Also Read: Happy Birthday Sonu Nigam: 7 Songs of the melodious voice, which will leave you mesmerized

Then, again in 2012, he received the SIIMA Award for Best Actor in a Negative Role for Julayi. In 2016, Sonu Sood established the production house Shakti Sagar Productions, which is named after his father, Shakti Sagar Sood.