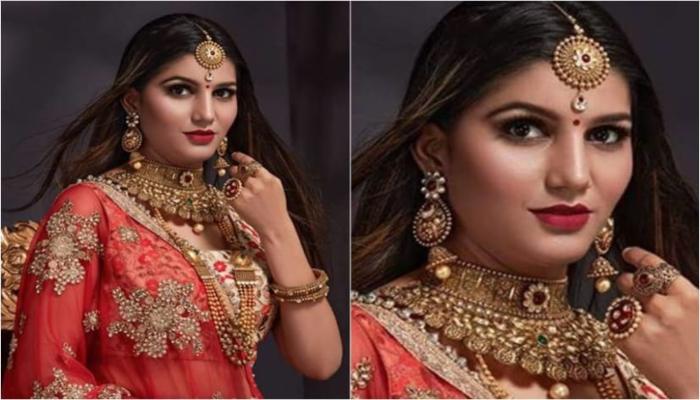 Haryanvi singer-dancer Sapna Choudhary has become a mother. According to the sources, the dancing sensation has been blessed with a baby boy.

The ex-Bigg Boss contestant Sapna Choudhary has been very popular on social media during the lockdown as she was entertaining her fans. Sapna Choudhary got married to her long-time alleged boyfriend Veer Sahu in January 2020, while she gave birth to a baby boy on October 4. Earlier, there were rumours that Sapna has got engaged with her long time boyfriend Veer Sahu. Sapna has been allegedly dating Haryanvi singer Veer Sahu for over four years. Veer Sahu is a famous artist from Haryana who has been featured in several Haryanvi and Punjabi songs.

Sapna Choudhary has attracted a lot of attention when she participated in Bigg Boss season 11. She had won the hearts of people with her outspokenness and dancing skills. After she came out of Bigg Boss house, Sapna Chaudhary kept ruling the headlines for her videos on TikTok and other social media platforms.

Now she has been doing stage shows all across the country.

Last week, Sapna Choudhary had celebrated her birthday and treated fans with photos from her latest photoshoot and also thanked fans for the birthday wishes.