In a shocking incident, a health worker was brutally thrashed for encouraging and motivating people to undergo the coronavirus test, on his visit to a camp in Ludhiana’s Khanpur village on Thursday.

According to the information, a case of assault was reported by a health department employee, who had gone to motivate people to get the coronavirus test done at a camp named Prabhu Da Dera in village Khanpur, Ludhiana.

The victim has been admitted to a hospital in Ludhiana and the police of Thana Dehlon has started investigating the matter. The victim has been identified as Mastan Singh who works as a multipurpose health worker. According to the information, Dr. Amit Arora had asked them to bring suspected patients to the camp from the village Khanpur for the coronavirus test. 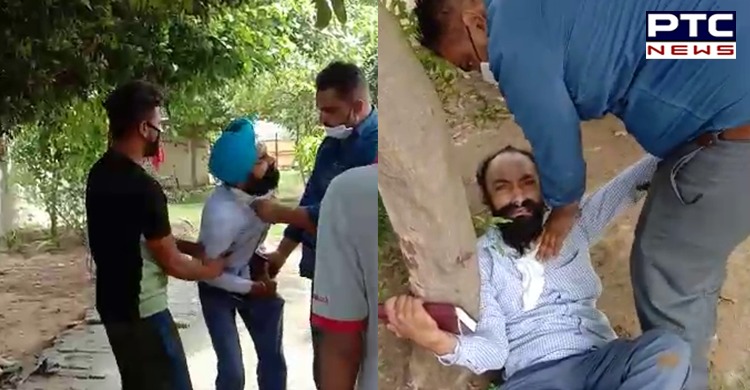 In a video surfaced on social media, around 8-9 people were seen thrashing him. It has been reported that the staff members reached there to rescue him. Also, the accused threatened to throw them into the canal.

ANM Harpreet Kaur at Sub Center Jarkhar said that Mastan had gone to the camp in Khanpur to look into the suspected corona case. Two hours had passed, he did not return and did not even pick up his phone, Kaur said. After that, they came to know that Mastan has been tied up, after which the staff reached there and rescued him, Harpreet Kaur added.