In Jaipur's Gulmohar society, these four robots work as fire-fighters, receptionists and cleaners 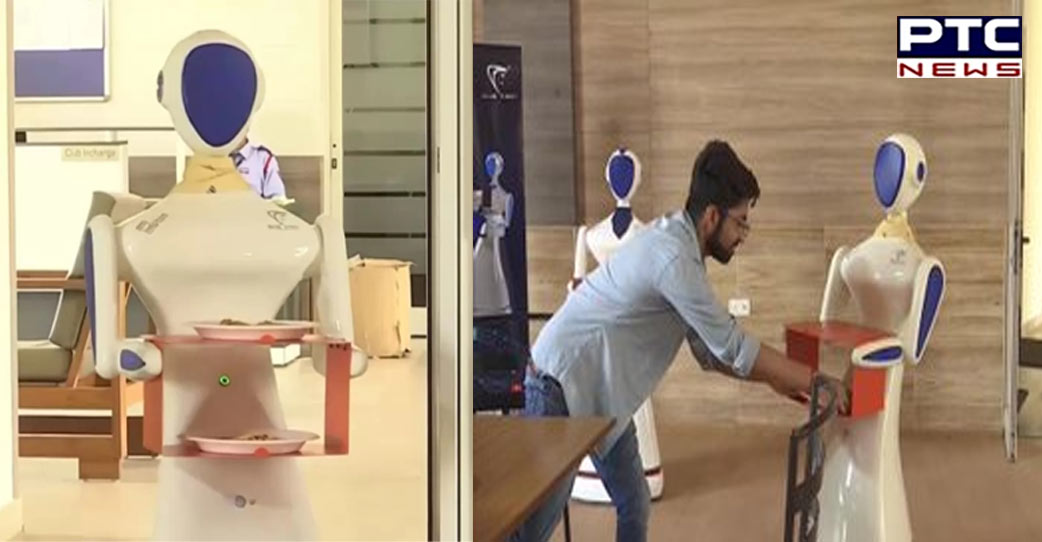 These can also be seen functioning here as security guards, and watering trees and plants. They also receive and acknowledge complaints. A resident of Gulmohar Garden Society, Jaipur, said it was a different experience. Earlier, humans used to serve food, but now robots were doing it. "We saw this in expensive hotels, now it is happening in our society. We feel good," he said.

Society secretary Sher Singh said, "We have bought robots. From whom we are taking different services. We just got four robots. They include a fire-fighting robot. We will see for six months how it goes."

He said, "There is a danger to the lives of workers in some tasks such as manual scavenging. The robot checks the gas inside and helps the workers. This reduces the risk of injury. We have also deployed security guards and firefighting robots."

The robots are environment-friendly as they can be charged with electricity. They also have a solar panel for charging, said the society secretary.

Rajasthan | A residential society in Jaipur has deployed robots on the premises that help in serving food, cleaning sewer holes along with performing various other chores pic.twitter.com/zALfRqYoQ1

Residents of Gulmohar Garden Society also had a unique Diwali celebrations this year.  The robots lit sparklers and crackers, shook hands with the residents and also greeted the guests.

The robots that took part in Gulmohar Garden Society's celebrations were Xena 5.0 All Terrain Robot, Xena 6.0 Solar Manhole Cleaning Robot, Sona 3.5 AI Humanoid Robot and Sona 2.5 Service Robot Men. These have been made by Club First Robotics in Jaipur.