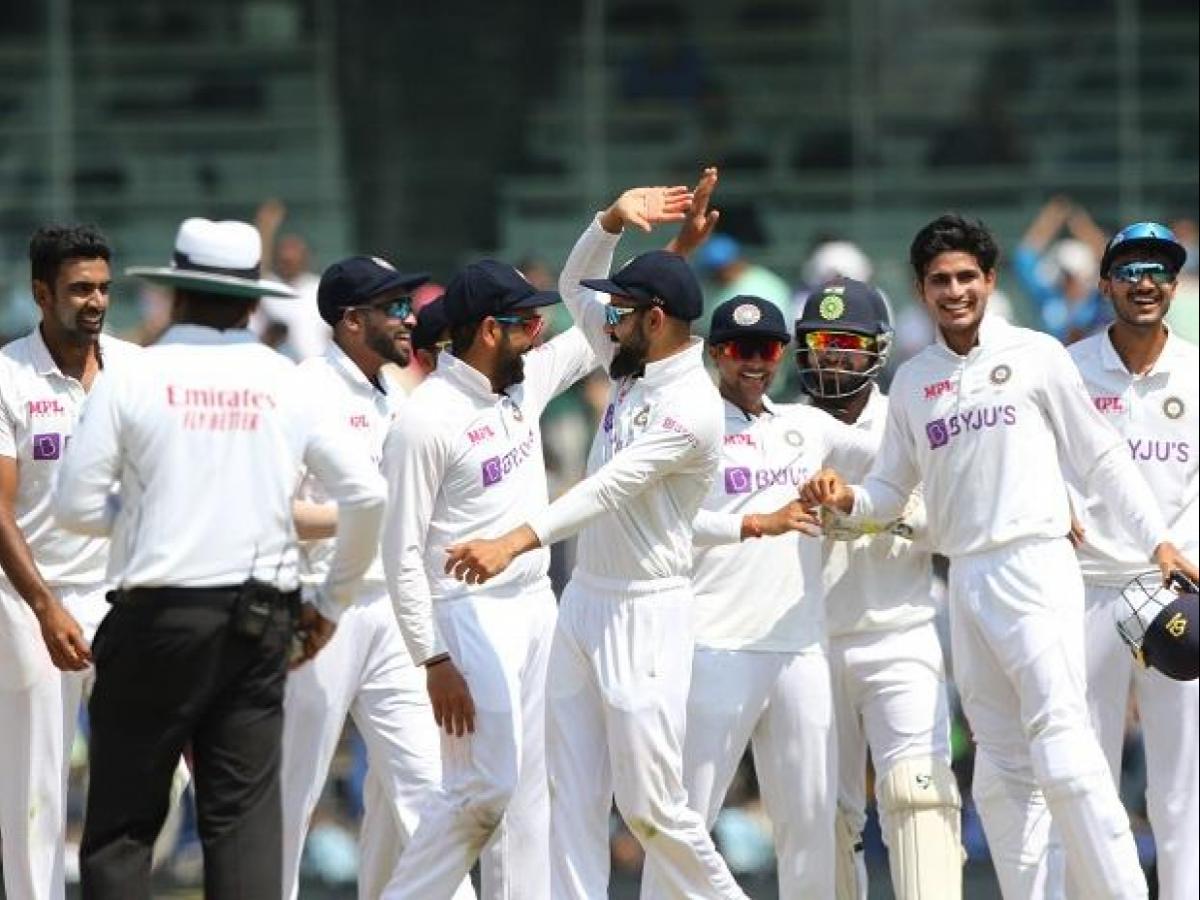 Shubman Gill was trapped leg before on 14 by Jack Leach, which was the only wicket to fall for India in the second innings. Earlier, Ravichandran Ashwin took a five-wicket haul as England folded for 134 runs in the first innings, handing India a lead of 195 runs. Ashwin picked two wickets each in the first two sessions.

Ashwin accounted for the dismissals of three top-order batsmen, including Ben Stokes and Dom Sibley. He cleaned up Ben Stokes in the middle session with half of their batsmen back with just 52 runs on the board.

Ollie Pope and Ben Foakes combined in the middle and stopped Indian spinners from making further inroads. Virat Kohli then turned to Mohammed Siraj and he delivered immediately dismissing Ollie Pope for 22 runs on his first ball of the match.

Pope tried to flick the delivery off his pads but Rishabh Pant pulled off a one-handed stunner diving to his left to end Pope's fighting innings. With only few minutes left in Tea, Axar and Ashwin took two more wickets in quick succession to leave England reeling at 106/8 at Tea on the second day.