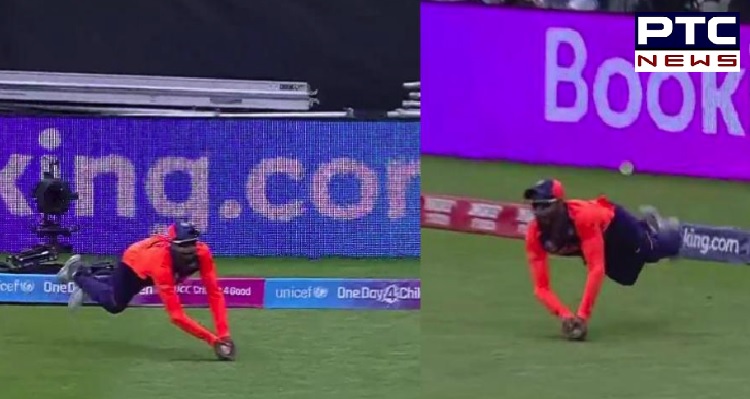 India vs England: Ravindra Jadeja who was playing as a substitute fielder took a sensational catch to depart in-form Jason Roy on the bowl of Kuldeep Yadav, during the high-voltage match of ICC Cricket World Cup 2019. Jason Roy was in a devastating form and was hunting towards every bowler, especially Yuzvendra Chahal. Ravindra Jadeja, the golden arm entered the ground in Edgbaston, Birmingham as a replacement for injured KL Rahul, who took a sensational catch and won the hearts of million people supporting Team India.

Jason Roy made a comeback after the injury and set the ground on fire with the raining boundaries from his bat. Jason Roy scored 66 runs off just 57 balls which includes seven boundaries and two sixes off the fence. Jason Roy has been consistent with the bat and was looking ferocious. Since, its Social Media Day, the troll army found the catch as the hot topic for them. India vs England is the most important match for the English players as the match is to decide their fate in ICC Cricket World Cup 2019.

Here are some of the memes pouring on Social media over Ravindra Jadeja's catch to dismiss Jason Roy during India vs England.

The high-voltage match was expected to be the most anticipated match of ICC Cricket World Cup 2019, and so the match went. There were raining boundaries for England and a strong opening partnership.