India today promised a conducive environment for Chinese investors and urged them to participate in ‘Make in India’ and other flagship programmes of the government to boost bilateral trade.

“We will facilitate your efforts to make your investments in India profitable. We must take advantage of the opportunities that abound in the growth of both our economies,” said President Pranab Mukherjee addressing a meeting of the India-China Business Forum here on the second day of his four-day visit to China.

The forum, attended by industrialists and businessmen of both sides, was told by the President that India would like to see greater market for Indian products in China in a bid to balance bilateral trade which is now in China’s favour.

This, he said, would particularly be needed in sectors where the two countries have natural complementarities as in drugs and pharmaceuticals and IT and IT-related services and agro products.

“It is a matter of satisfaction that there is emerging focus on two-way investment flows,” he said.

The President noted that the bilateral trade between India and China has grown steadily since the turn of this century from USD 2.91 billion in 2000 to USD 71 billion last year.

Guangdon province boasts of a USD one trillion economy with high manufacturing and other industries along with being a powerful export house of China. It has sister province relationship with Gujarat and Maharashtra.

A pilot smart city cooperation project has been announced between Shenzhen and the Gujarat International Finance Tec-City in Gujarat last year.

Referring to the links of 2nd century before the Christian era between Guangdong and Kanchipuram through a direct sea route, Mukherjee said this is an exciting time for India and China to reinforce the old linkages and join hands for new.

Noting that India has recorded a growth rate of 7.6 per cent each year for over a decade now, he said India believes that it cannot grow in isolation. 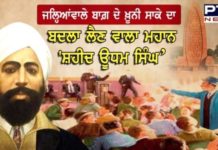