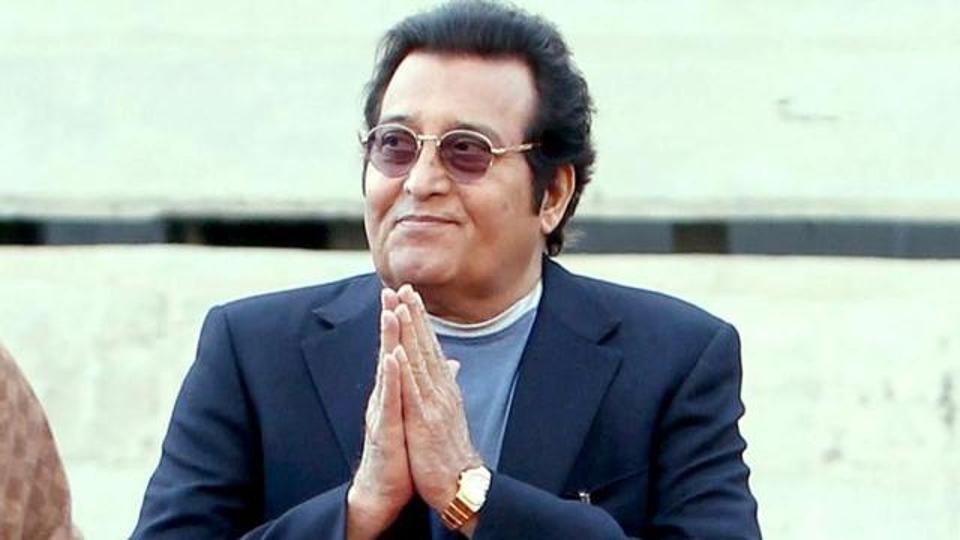 New Delhi: In a tragic blow to the Indian film industry, Bollywood icon Vinod Khanna breathed his last on Thursday.

The veteran actor was hospitalised and later discharged from HN Reliance Foundation and Research Centre in Girgaum, Mumbai due to severe dehydration. He was also reportedly battling cancer for years.

Born on October 6, 1946 in a Punjabi family to Kamla and Kishanchand Khanna in Peshawar, Vinod studied commerce at Mumbai's Sydenham College before moving into acting.

Khanna was married to Geetanjali between 1971 and 1985 and has two sons with her, Rahul Khanna and Akshaye Khanna. He married Kavita with whom he has two children, Sakshi and Shraddha.

Vinod Khanna appeared in 141 films between 1968 and 2013 and also forayed into politics by joining the BJP. He was Minister of State for Tourism and Culture in 2002.

He might have made his debut as a villain in Sunil Dutt's 1968 film 'Man Ka Meet', but later started playing lead roles. The film, which was made to launch Sunil Dutt's brother Som, helped make Vinod the cynosure of all eyes. Within weeks of the release of the film, more than a dozen producers lined up outside his house to sign him.

The actor also received a Filmfare Lifetime Achievement Award in 1999 for his contribution to the film industry for over three decades.

Here are some of the most acclaimed works of the celebrated actor.

'Hum Tum Aur Woh' was followed by the 1971 multi-starrer and critically acclaimed 'Mere Apne' that was directed by Gulzar.

His role in this critically acclaimed movie as the military officer turned fugitive received tremendous applause from both the film industry and his fans.

The film had Khanna playing a tough college teacher who is falsely accused by one of his students of sexual harassment which had him essaying both sensitivity and charm in equal measure.

He was universally praised for his role and some say the underrated film contains the best acting of his career.

Rekha and Vinod Khanna starred together in this situational comedy about a wife who takes a loan from a loan shark for the sake of her husband and then is desperate to pay off the loan.

Based on Kurosawa film High And Low (1963), the film has Khanna playing a hardworking cop who moves heaven and hell to get to the root of a kidnapping and wins back the heart of his former girlfriend (Vidya Sinha) in the process.

Directed by Abhinav Kashyap and produced by Arbaa.z Khan, Vinod Khanna was seen as Salman Khan's father in 'Dabangg'

The biopic features Hema Malini in the lead role, and maps Vijay Raje Scindia's political career and her estrangement from her son Madhavrao Scindia (Rajesh Shringarpure) after the death of her husband Jivajirao Scindia (Vinod Khanna).