Jalandhar: As many as hundreds of people from Ravidas Community have shut down the Jalandhar city by blocking highways amid Punjab Bandh over Ravidas temple demolition, here on Tuesday. The protest has erupted following the demolition of 500-year-old Ravidas Temple located in Tuglakabad, Delhi. 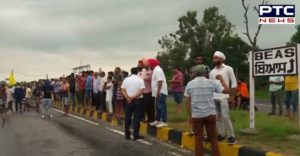 As per reports, the temple was dedicated to Guru Ravidas in the late 15th century. Meanwhile, the protests erupted in the places of Punjab, which includes Ludhiana, Jalandhar, Phagwara, Gurdaspur, and Amritsar, following the Ravidas temple demolition.

Likewise, the market and shops have been closed in Jalandhar after the members of Ravidas community staged protests. Not only this, but they have blocked the national highway at Lamba Pind Chowk. Similarly, protests on the Jalandhar-Nakodar highway were witnessed as well. As per reports, the hundreds of Police officials have been deployed to maintain the law and order in Jalandhar.

Meanwhile, the largest Dera of the Ravidas Community— Dera Sachkhand Ballan in Jalandhar has requested the devotees to be calm and peaceful during the protests. The schools and colleges across Doaba region, including Jalandhar, Kapurthala, Hoshiarpur, and Shaheed Bhagat Singh Nagar remain closed amid the protest.  Doaba region is having the maximum people of Schedule Caste in Punjab, and hence the region is one of the most affected due to the protests. 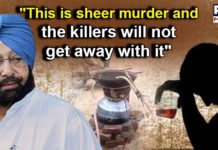 We will not spare anyone involved in Hooch tragedy: Captain Amarinder