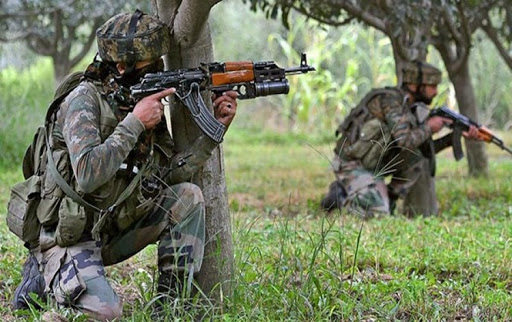 Two unidentified terrorists have been killed in an encounter with security forces on Wednesday in Jammu and Kashmir's Pulwama district.

A civilian sustained injuries in the gunfight, the police said.

Security forces launched a cordon and search operation in the Tikken area of Pulwama district in the early hours of the day on receiving information about the presence of terrorists there, a police official added. He said that the search operation turned into an encounter after the security forces were fired upon.

Two ultras have been killed so far in the operation, the official informed, adding a civilian also sustained injuries during the exchange of fire.