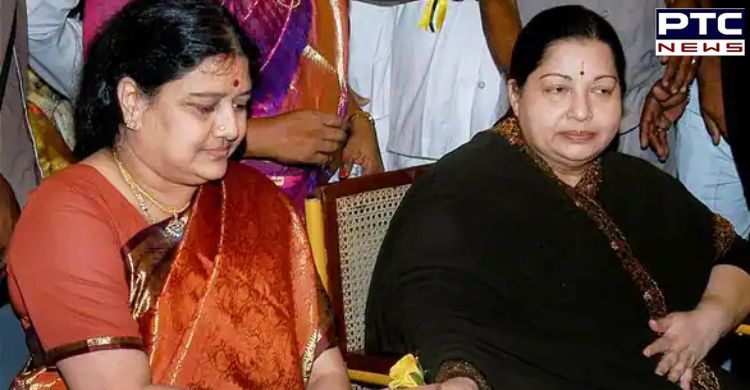 Chennai (Tamil Nadu), October 18: The Justice A Arumughaswamy Commission of inquiry, which was constituted to probe the death of former Tamil Nadu Chief Minister and AIADMK leader J Jayalalithaa in 2016, in its concluding remarks said her aide VK Sasikala “have to be found fault with and investigation is to be ordered”.

The Arumughaswamy Commission of Inquiry has also called for an investigation against Sasikala, among three others.

The Tamil Nadu government filed the reports of separate commissions of inquiry into the circumstances surrounding Jayalalithaa's death and the 2018 police shooting in Thoothukudi in the state assembly on Tuesday. The panel also has named other people along with Sasikala.

Furthermore, the Commission of Inquiry, which investigated the 2018 police firing on anti-Sterlite protesters in Thoothukudi, which claimed 13 lives, has blamed the police officials.

Following Jayalalithaa's death in December 2016, full-fledged politics erupted around the cause of her death and the medical procedures used during her hospitalisation.

Former Tamil Nadu Chief Minister O Pannerselvam had asked for an investigation into her death. The Arumughaswamy Commission was formed as a result of this.

The Commission was tasked with investigating the circumstances, health condition, and situation that led to the hospitalisation of late Chief Minister J Jayalalitha on September 22, 2016, and the subsequent treatment offered until her untimely death on December 5, 2016.

Aarumugasami submitted a final report of 608 pages in Tamil and 500 pages in English.

Over 159 witnesses in relation to Jayalalithaa have appeared before the Arumughaswamy Commission and presented their views.

Meanwhile, a report by the All India Institute of Medical Sciences' panel of doctors stated that the treatment provided to late Jayalalithaa was as per "correct medical practice and no errors" have been found in the care provided. This clean chit provided relief for Apollo Hospital.

The panel ruled that all of Jayalalithaa's final diagnosis and timeline of events were fully observed, and they also agreed with Apollo's treatment and diagnosis.