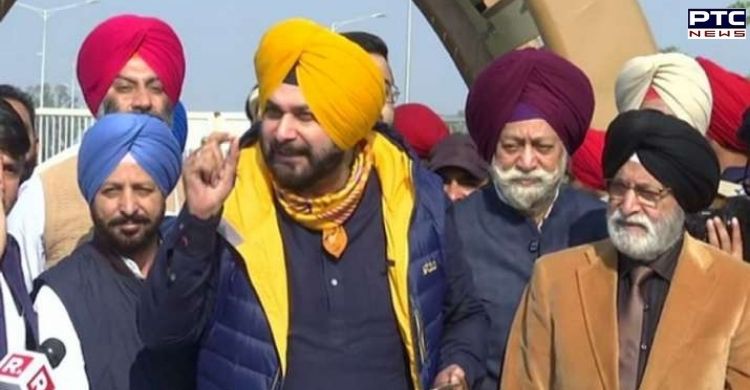 PTC News Digital Team
Punjab Pradesh Congress chief Navjot Singh Sidhu on Saturday expressed his happiness over the reopening of Kartarpur Corridor and said this had been made possible with the efforts of Prime Minister Narendra Modi and Pakistan Prime Minister Imran Khan.

Navjot Singh Sidhu made these remarks at a press conference in Punjab's Gurdaspur after returning from his visit to Gurdwara Darbar Sahib in Kartarpur in Pakistan. He said, "The reopening of Kartarpur Corridor has been made possible with the efforts of Prime Minister Narendra Modi and Pakistan Prime Minister Imran Khan."

"I request that if you want to change lives in Punjab, we should open the borders (for cross-border trade). Why should we go through Mundra Port, a total of 2,100 km? Why not from here, where it's only 21 km (to Pakistan)," he added. 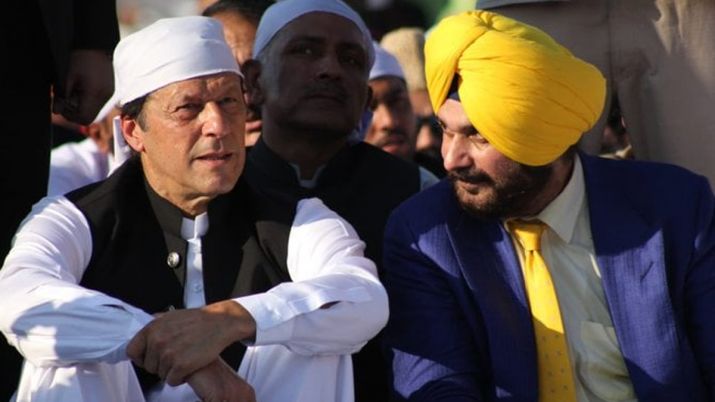 Is it any surprise that the Gandhi siblings chose a Pakistan loving Sidhu over veteran Amarinder Singh? pic.twitter.com/zTLHEZT3bC

Kartarpur Corridor links Gurdwara Darbar Sahib in Pakistan, the final resting place of Sikhism founder Guru Nanak Dev, to Dera Baba Nanak shrine in Gurdaspur district. It was reopened on November 17. It was closed amid the Covid-19 pandemic. Earlier, the Imran Khan-led Pakistan government praised cricketer-turned-politician Navjot Singh Sidhu for his role in the opening of the corridor to Sikh pilgrimage site Kartarpur Sahib between the two countries.

The relationship between Imran Khan and Navjot Sidhu came to the limelight in 2018 when the latter attended the oath-taking ceremony of the Pakistan PM.