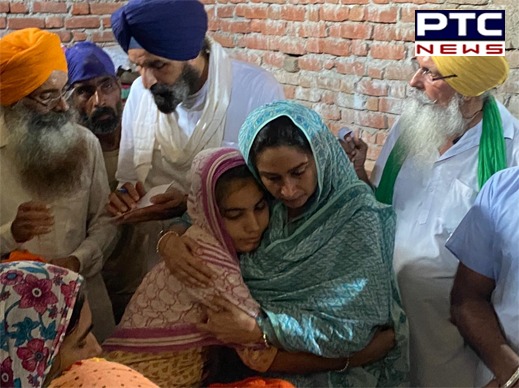 Lakhimpur Kheri violence: The Shiromani Akali Dal (SAD) on Friday demanded immediate dismissal of Union Minister of State for Home Affairs Ajay Mishra, besides the arrest of his son Ashish Mishra, who allegedly mowed down four farmers on October 3.

The demand was made at Lucknow by former Union Minister Harsimrat Kaur Badal, who along with a delegation of senior party leaders visited the residences of the four farmers. The delegation comprised Balwinder Singh Bhundur, Prof Prem Singh Chandumajra, Bibi Jagir Kaur, Bikram Singh Majithia and Manpreet Singh Ayali. 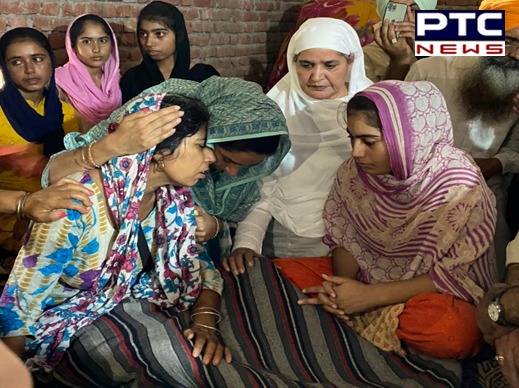 Harsimrat Kaur Badal said," It is condemnable that the Union Minister’s son Ashish Mishra crushed the farmers when their backs were turned towards his vehicle in an act of vengeance after his father Ajay Mishra warned farmers not to hold any protests or be ready to face the music."

Met the family of deceased farmer Lovepreet Singh at his house in village Chaukhara in #LakhimpurKheri. The sense of loss and pain they are experiencing is heart-wrenching. Sharing their grief, assured them support in every possible way. We are together in this fight. pic.twitter.com/JyRbGbjUPu

The former Union Minister said it was unfortunate that no action had been taken in the "heinous case" either by the Centre or the Uttar Pradesh Government despite clear-cut evidence in the case. 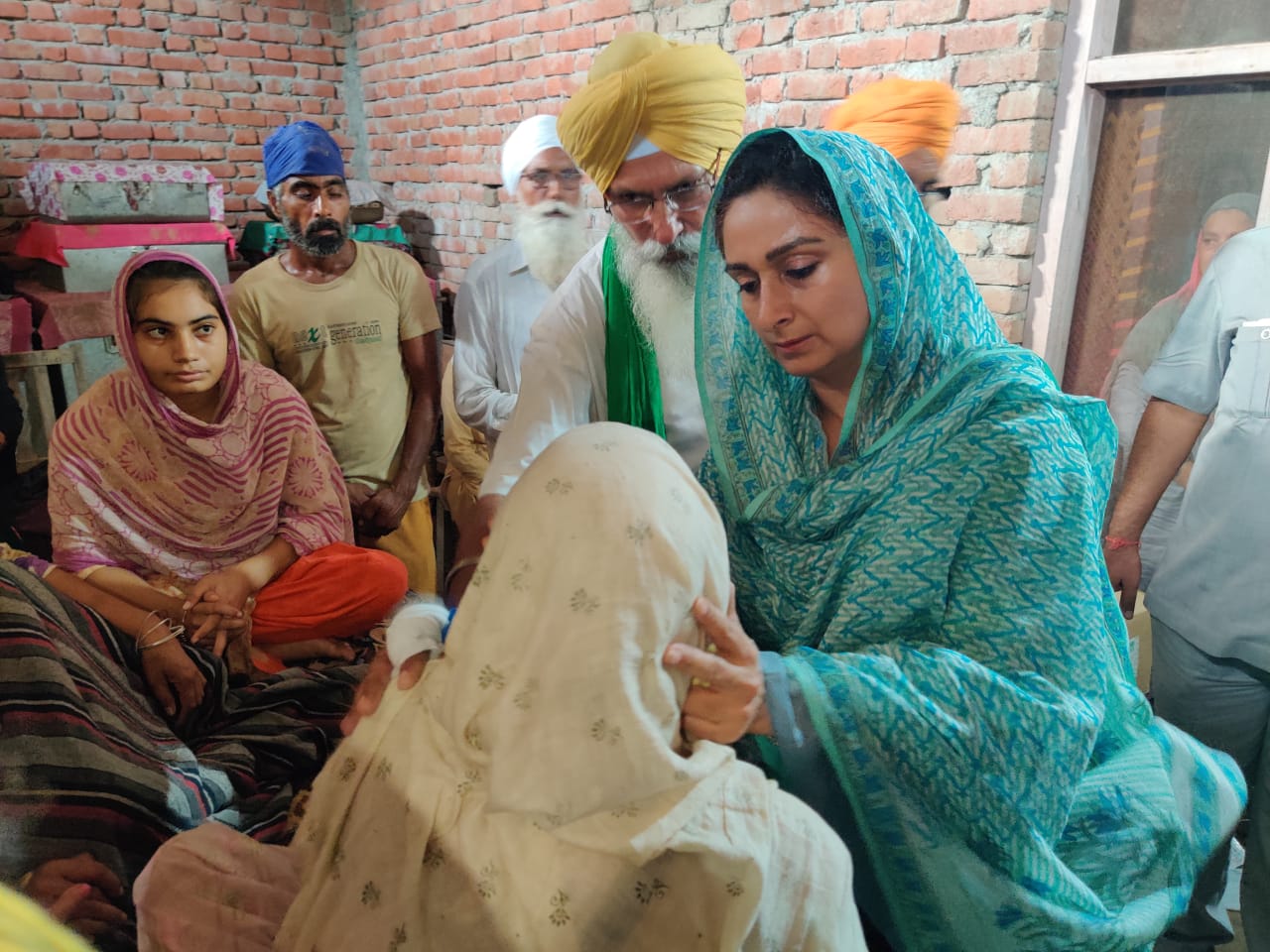 “The video footage of Ashish Mishra’s vehicle is available. There are eyewitness accounts that Ashish Mishra fled from the scene after mowing down the farmers. He should be arrested on murder charges immediately,” she added.

Shiromani Gurdwara Parbandhak Committee president Bibi Jagir Kaur handed over a cheque for Rs 5 lakh to each of the victim families, besides assuring them that the Shiromani committee would look after the educational needs of next of kin of the victims. 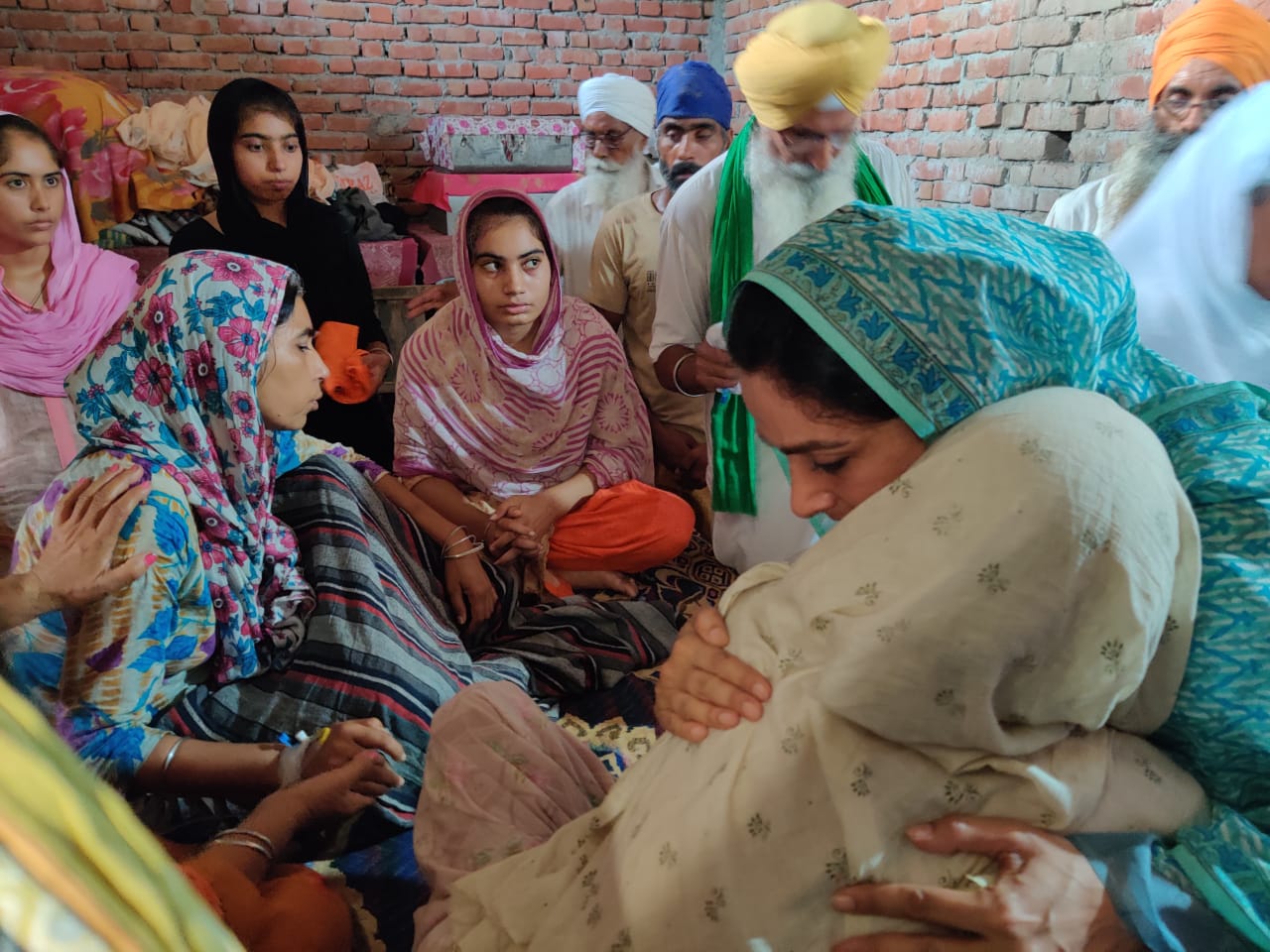 The victim families were also given ‘parshad’ and ‘siropa’ from Golden Temple even as Bibi Jagir Kaur conducted ‘ardas’ to pray for the peace to the departed souls.