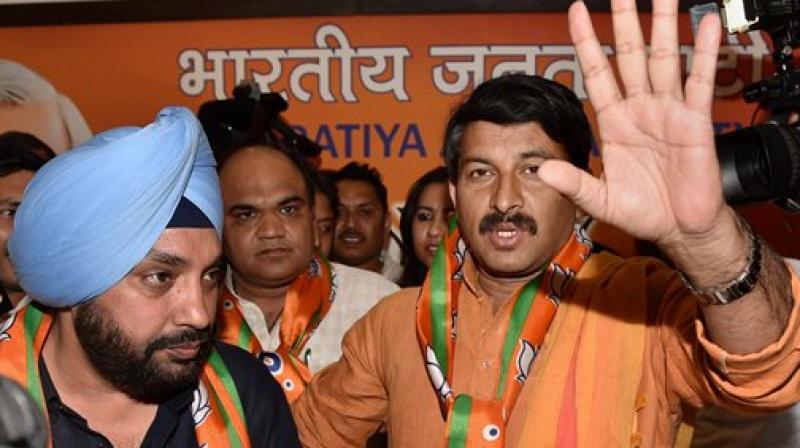 New Delhi: Heading towards a clean sweep in all the three civic bodies, the BJP on Wednesday dedicated its impending win to the slain CRPF personnel in Chhattisgarh's Sukma district and decided to refrain from any celebrations.

As per the trends, the BJP candidates were maintaining leads over their AAP and Congress rivals in most of the 270 wards for which voting was held on Sunday last.

Delhi BJP chief Manoj Tiwari said that every heart is filled with grief over the killing of 25 CRPF men in Sukma and the party will not celebrate the victory. "But for the Sukma incident, we would be on the streets celebrating this massive victory.

Arvind Kejriwal used to advocate Right to Recall and it seems now that Delhi people have used the right on him," he said. Counting of votes began at 8 AM on Wednesday with BJP gaining leads in all the three municipal corporations- NDMC, SDMC and EDMC.

Voting for 270 of the total 272 municipal wards was held on April 23. Two wards where candidates died, voting was cancelled.