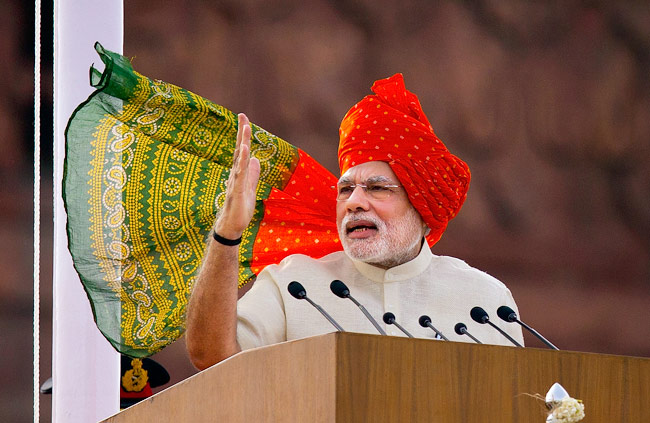 Independence Day is not merely a holiday to sit back and sip your cup of tea, but to remember the souls who gave up their lives for our comfort and our nation. In order to remind Indians of the same and as a tribute to all the martyred, Prime minister Narendra Modi on Tuesday launched a website to honour all the gallantry award winners since Independence.

Announcing the launch of the website http://gallantryawards.gov.in in a series of tweets, Modi said “the portal will preserve and tell the stories of our bravest men and women, civilians as well as armed forces personnel”.

According to a PIB release, “The website gives details of the Chakra Series awardees i.e., Param Vir Chakra, Maha Vir Chakra, Vir Chakra, Ashok Chakra, Kirti Chakra and Shaurya Chakra. The portal contains information such as name, unit, year, citations and photographs of awardees till date. The Ministry of Defence would welcome any feedback or suggestion for further improvement.”

The Commanding Officer (CO) of the 49th battalion of the CRPF suffered a fatal bullet shot in his head. Kumar’s wife Neha Tripathy was quoted saying, “I want my 6-year-old daughter Aarna to know what her father stood for and what he did. She should know that what is the importance of earning a Kirti Chakra. Hence, I made it a point to be on the same soil where my husband lost his life to mark his first death anniversary.”