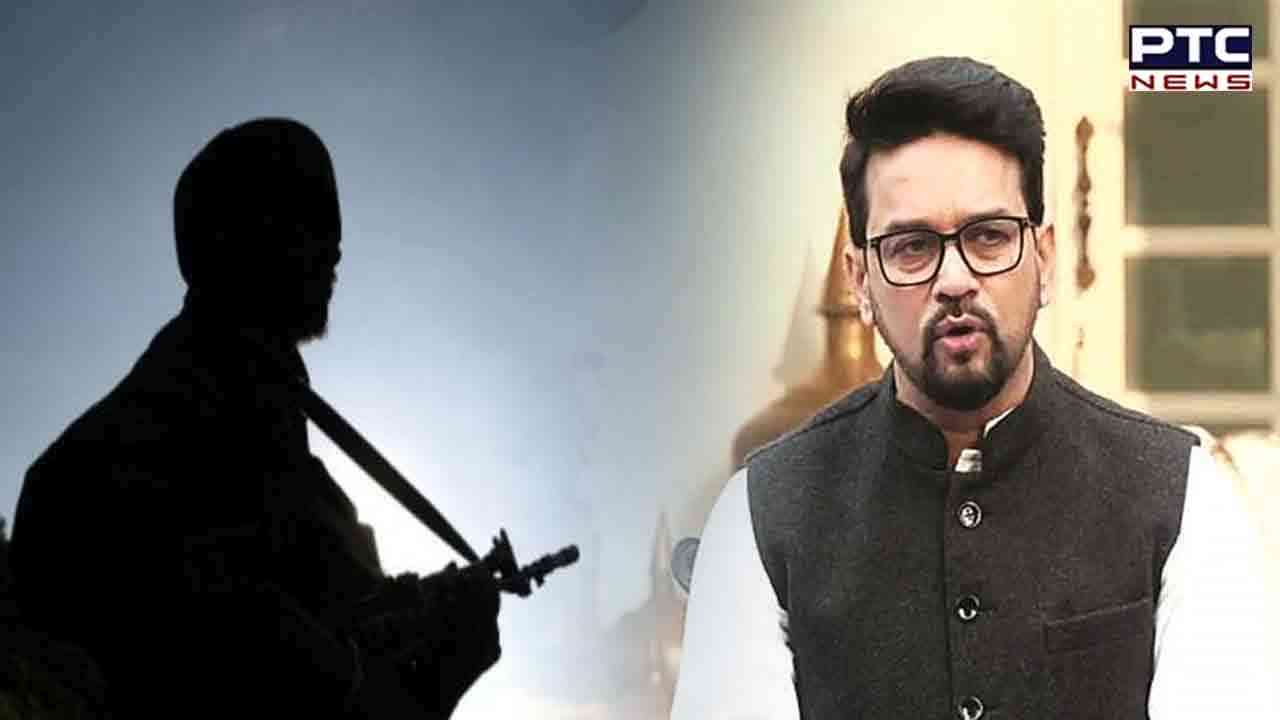 New Delhi, December 19: Lauding India's ‘zero tolerance against terrorism,' Union Minister Anurag Thakur on Monday said that the era of peace started in the Northeast after 2014 and there was a drastic reduction in the insurgency-related violence.

Thakur made the statement while addressing a press conference in the national capital on Monday.

"The approach adopted by Modi Govt is zero tolerance for terror. Decisive action has given us definitive results. If you look at surgical strikes and Balakot strike and strike after strike against terrorists has reduced terrorism by 168% in J&K since 2014," the Union Minister said.

He further highlighted the Government of India's take on terrorism and added, "India's policy was always of zero tolerance against terrorism. Be it strengthening of UAPA law or NIA act amendment bill. The Indian government left no stone unturned under PM Modi's leadership."

"Modi government did not hesitate to ban an outfit (PFI) that promoted radicalisation on the pretext of social welfare, we conducted a thorough probe against the outfit and arrested its members. Action against radical organisations will continue," he said.

"The rescue operations were only possible when the Modi government considered the life of every citizen important. Over 22500 were rescued during the Russia-Ukraine war under operation Ganga. In the 2021 operation- Devi shakti around 670 Indian citizens were rescued safely from Afghanistan. In the Wuhan evacuation 654, out of which 647 were Indians," he stated.

He went on to say that PM Modi has always urged nations to unite against terrorism on international platforms, and he added,  "While India is bringing the world together against terrorism, some of our neighbouring countries are backing terrorism and loudly speaking in favour of it. Their true face has been revealed at the international level."

His statements came in wake of the recent faceoff between the Indian and Chinese troops in the Tawang sector of Arunachal Pradesh.